Following an 18-year hiatus, Neo and Trinity are back in The Matrix Revolutions. The highly anticipated movie celebrated its US premiere last weekend at the Castro Theatre in San Francisco where Mercedes brought a massive red pill with an AMG G63 inside of it. The imposing display was approximately 12 meters (39.3 feet) long, four meters (13.1 feet) wide, and 3.5 meters (11.4 feet) tall, thus more than enough to encapsulate the boxy off-roader. 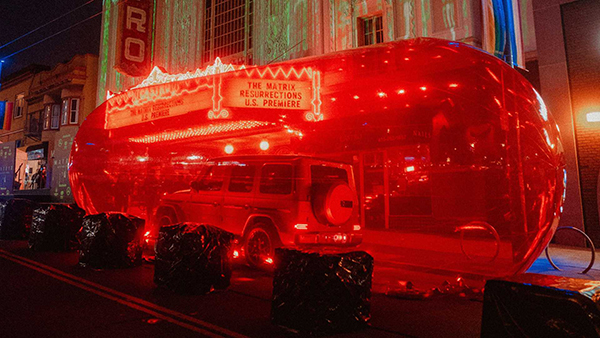 In case you haven’t figured out by now, the iconic SUV stars in the fourth installment of The Matrix franchise, albeit it’s a lesser G550 rather than the AMG painted in selenite grey displayed in front of the historic building. We haven’t seen the movie just yet, but the three-pointed star mentions the G is featured in a fast-paced chase, with rebels helping the duo to escape from the Matrix. 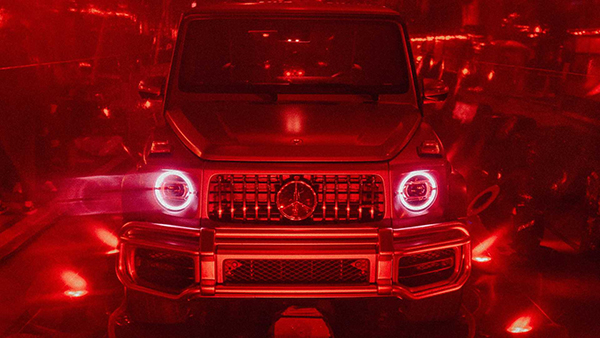 Mercedes has some big plans ahead for the G-Class, as aside from the typical mid-cycle facelift coming soon, a fully electric derivative has already been officially announced. Likely to be called EQG after the namesake concept unveiled in September at the IAA Munich show, the zero-emissions SUV will go on sale in 2024 and will retain the unmistakable look of the conventionally powered model. Meanwhile, the jacked-up 4×42 with its portal axles should debut pretty soon.

Aside from tweaking the civilian version, the German luxury brand recently introduced a new military-spec G in the form of a W464 tailored to government agencies and militaries “for rescue and special operations.” The rugged G350d has 35 percent more horsepower and 50 percent more torque than the W461 – which remains on sale – thanks to an inline-six diesel rated at 245 hp and 443 lb-ft (600 Nm). It’s still based on the W461 launched in 1992, but with more modern amenities, an eight-percent fuel efficiency boost, and a higher payload capacity.