Do you happen to be in the market for a bulletproof vehicle that has enough space for a small family and a desirable badge, so that your drug lord / dictator friends won’t bully you? Well, then, you have come to the right place, so grab a seat and a take a look at this very special Mercedes-AMG G 63. 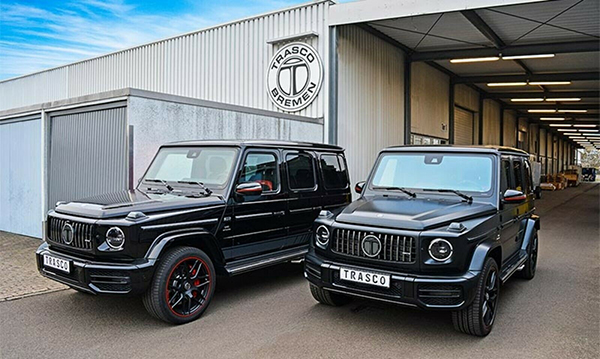 One doesn’t have to be a connoisseur to tell that it has a few inches added to its length. In fact, the ad, which we’ll get to in a minute, claims that it has been extended by 50 cm (20 in). A necessary asset to open up tons of room in the rear passenger compartment, which is separated from the driver by a partition wall and features comfy seats, integrated iMac, surround sound, independent HVAC system, and refrigerator. 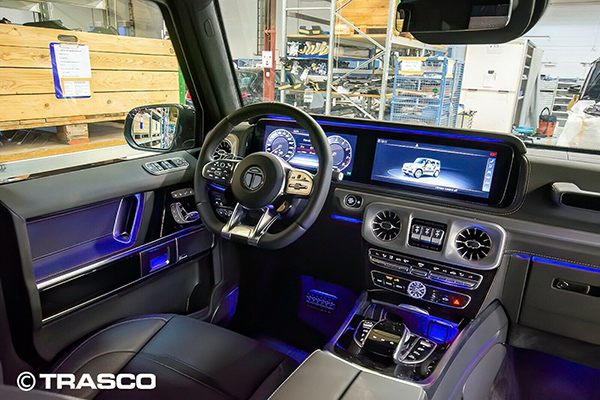 Besides featuring longer rear doors and a new three-quarter design with bigger third windows, it can literally take a bullet for its occupants. The company behind it, Trasco Bremen of Germany, claims that it has VR7 ballistic protection. This means that it can withstand 7.62x51mm NATO rounds shot from an automatic rifle. And if things go south, the escape is guaranteed by additional mechanical upgrades, such as the reworked suspension and available run-flat tires, joined by the emergency lights, intercom, additional battery and other interesting items. 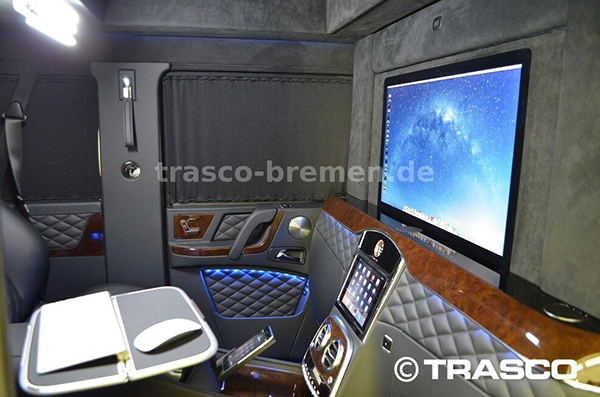 Now, a Mercedes-AMG G 63 with no mods whatsoever starts at €160,679.75 in Germany and $156,450 in the United States, so this armored and stretched example is not exactly a bargain either. Advertised on Mobile for €1,166,200 ($1,423,580), including tax, it will be available in six months after placing the order. The cost includes the donor vehicle, extended body, and armoring protection, but Trasco can also convert your very own AMG-badged G-Wagen, and probably other rides too. 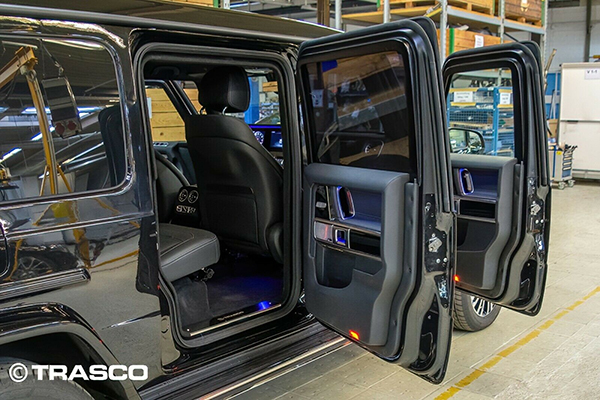