Mercedes-Benz is working on yet another electric vehicle, and we have fresh spy shots of it. The latest prototype in question is set to be the upcoming Entry Luxury model, which is a sedan that may be marketed as a four-door coupe, if we take the shape of the roof into consideration. This is among the first public sightings of it, so it will be a bit different by the time it hits showrooms. 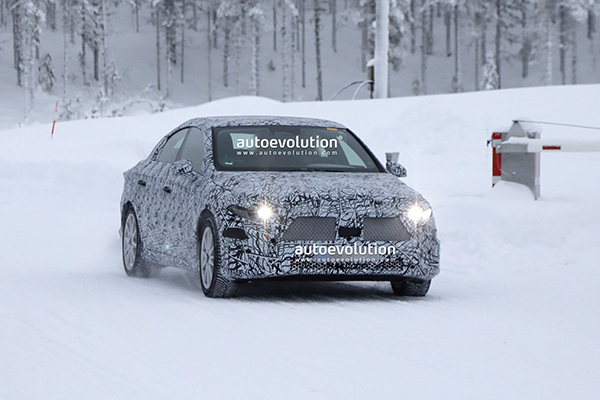 Mercedes’ electric onslaught is in full swing as the three-pointed star intends to go purely electric in 2030 “where market conditions allow.” The EQA compact crossover is currently the entry point into the EV range and will be joined by a sedan around the middle of the decade. Spotted on a snowy test track in Scandinavia, the new saloon is still in its infancy considering it has a lot of camouflage and lacks the production lights.

It appears to be carrying fake door handles since logic tells us Mercedes intends to make the side profile more slippery by installing recessed handles that remain flush with the body when not in use to improve airflow. There’s a thick disguise on the hood and trunk lid along with an unusual cutout in the rear bumper. At the front, quadrilateral sections with a mesh pattern suggest a prominent faux grille is hiding beneath.

Not to be confused with the future EQC, the prototype spotted here depicts a smaller electric sedan to serve as an electric equivalent of the CLA. According to a recent report, Mercedes intends to begin a gradual discontinuation of the EQ branding in 2024. If true, it means this electric sedan will be called something else. Separately, the A-Class Sedan with combustion engines is believed to go away by 2025, which would make this EV its indirect replacement. 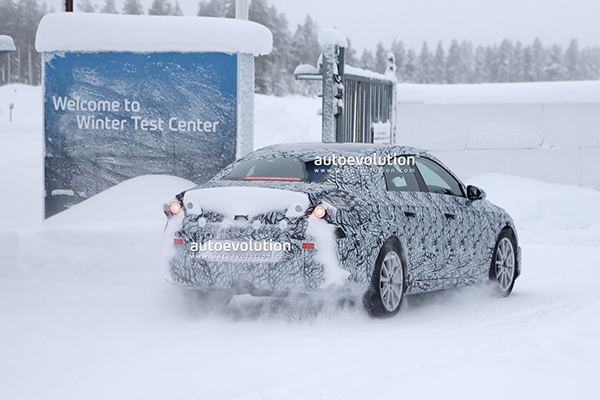 MMA-based cars will compete in the compact and midsize segments, with production to take place at the Rastatt (Germany) and Kecskemét (Hungary) factories. Expect some of the Vision EQXX concept’s aero to trickle down, along with a new MB.OS infotainment system developed in-house. Mercedes chief designer Gorden Wagener might have already previewed the car in May 2022 as part of the brand’s future “Entry Luxury” lineup.

Since the prototype is wearing a lot of makeup, don’t expect an official debut in the near future. The German premium brand is likely to unveil the compact electric sedan at some point in 2024.