In the age of high-tech in-vehicle features and massive infotainment displays, driver distraction will always be a question. Apps are becoming common as well; some are even distracting enough to take away the concentration of the driver off the road. Good thing there’s a simple solution to this conundrum – to deactivate the non-essential apps while the vehicle’s moving. 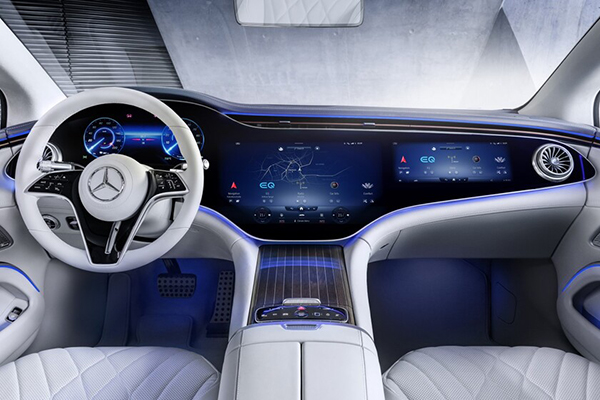 However, Mercedes-Benz has discovered that 227 units of the flagship S-Class and EQS could allow several functions and applications to be used while driving. This is, of course, not the intention so the automaker has issued a voluntary recall.

According to the NHTSA document, Mercedes launched an investigation in November 2021 following a discovery that in an internal vehicle in Germany, some MBUX functions and applications were not deactivated as intended while driving. The investigation concluded that an incorrect configuration was available on Mercedes-Benz’s backend server and might have been installed on vehicles with an active and connected Mercedes me connect account.

Needless to say, the issue is a potential safety risk if the driver chooses to use the apps while driving – not only to himself but to other road users as well. That possibility’s amplified even further on the EQS and its massive MBUX Hyperscreen that spans across the dashboard.

Just like how the glitch was transferred into the cars, the fix will also be done over the air without the need to visit dealerships. Customer communication hasn’t been finalized at the time of this writing. Mercedes said that it isn’t aware of any crash or injury that’s related to the said error.

Meanwhile, a similar issue was discovered for Tesla units lately. NHTSA has contacted Tesla about its latest software update that allows passengers (and possibly drivers) to play video games using the center touch screen. The issue is still up for discussion at this point.