Mercedes’ electric EQ range currently consists of the EQC and EQA, and Stuttgart is set to reveal a third EV to join them – the EQS. Designed to be an electric variant of the S-Class, it’s a car we’ve snapped several times, but now Mercedes is releasing its own teaser images – suggesting in an unveil is around the corner. 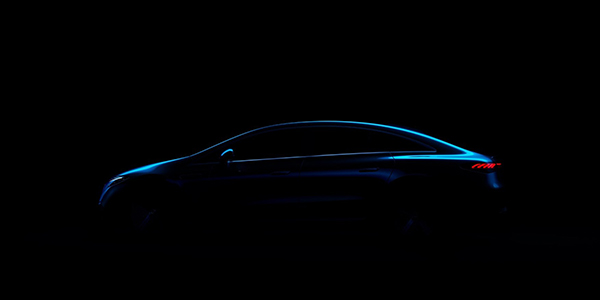 Most striking of all, however, is the EQS’s huge greenhouse, which itself points to impressive interior space. Electric cars are known for providing more room for passengers than their wheelbase suggests – and the EQS seems to fit the trend well.

Mercedes EQS: head of the family
As part of Mercedes’ plan to unveil 130 electrified cars by 2030, the EQS flagship will be the biggest and most expensive of 10 full-electric models set to debut before the end of 2022, joining the EQC. It’ll sit alongside an EQA hatch, EQB SUV, EQE saloon and full-size EQG 4×4 in Mercedes’ battle for premium-EV domination.

Key rivals: Audi’s long-wheelbase A8 e-Tron from 2021 and the forthcoming electric BMW 7-series, as well as the existing Tesla Model S and Porsche Taycan.

Skateboard or spine?
It’ll be based on classic skateboard electric-car architecture. CAR understands the original idea was to house the batteries down a central spine, but the plan now is for the EVA2 platform that will underpin the EQS (the EQC and smaller models to follow use EVA1) to use a wide, flat, battery configuration.

It’s a new platform that’s also destined for the EQE and various SUVs; as the numbering suggests, it’ll pack a host more technical complexity than the EVA1 toolkit – as befits the top-of-the-range S-Class-twinning EQS.

Dimensionally, it’s expected to bridge the gap between the E-Class and S-Class, like the CLS, but with S-Class roominess inside thanks to the novel packaging and lack of technical hardware such as prop shafts and bulky multi-cylinder engines and exhaust systems.

EQS interior: a business lounge
Flattening the platform and pulling forward the silhouette’s shape allows for a freer and more flexible seating arrangement, as premiered in the concept car cabin teased above.

Clever materials like the neoprene dashboard topper on the EQC are just the start.

Merc has already set out an appropriate colour scheme for EQ cars: black, silver and white with accents of blue, like on the Vision EQS concept car above.

Exterior design boss on the new electric Mercedes limo
‘We’ve taken inspiration from the F 015 concept,’ exterior design chief Robert Lesnik tells us, while also showing us – with a smile – an intriguing image of the ’90s Pontiac Trans Sport. Not, he adds, to suggest stylistic or quality connections, but to indicate that the EQS will use sporty MPV proportions, with a low bonnet and a cab-forward form that’s big on interior space.