Back in December 2021, the German automaker that promises “the best or nothing” recalled the EQS and S-Class over an MBUX glitch. Not long after, the Stuttgart-based company called back the all-electric and combustion-engined sedans to fix the eCall system. As the headline implies, both have to be recalled again for a software-related issue. 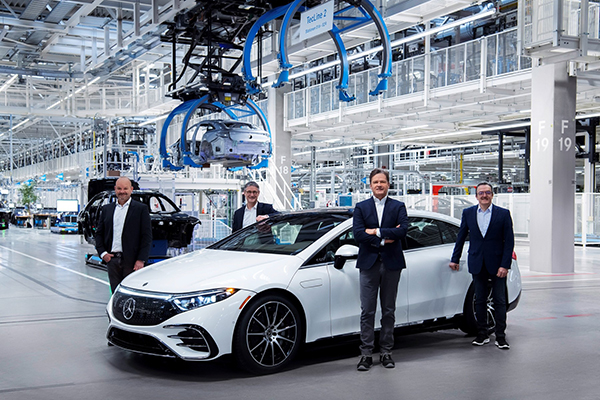 In January 2021, the peeps at Mercedes-Benz AG discovered this condition during internal testing. Further analysis indicated a software problem at the initialization of the rear signal acquisition and actuation module. In other words, the rear lighting may be disabled by a badly written line of code.

Should the brake lights or turn signals fail, the driver is made aware by warning messages in the digital instrument cluster. Merc says the supplier is to blame for “a deviation in the development process.” According to documents filed with the National Highway Traffic Safety Administration, the supplier is Hella Romania, a subsidiary of Hella KGaA Hueck & Co.

In February 2021, new software was introduced in the assembly plants responsible for the V297 and W223. In parallel, all vehicles that were still within the control of Mercedes-Benz AG were fixed. Be that as it may, the Germans didn’t announce a recall. They first investigated vehicles in the field, investigations that were performed until the start of January 2022.

Hella was forced to update its rear lighting software that month as well. Merc notes that the issue can no longer occur from January 31st onward.

According to the attachment at the end of this article, the German automaker from Stuttgart took so long “due to the complex nature of the system and affected components.” Despite the Three-Pointed Star’s poor explanation, Merc noted 19 warranty claims, of which 12 were cited in the U.S.

On the upside, for everyone involved, there were no reports of personal injuries or third-party damages in connection to disabled rear lights. Authorized retailers have been instructed to update the software at no expense to the customers, which are to be notified before May 17th.