Mercedes EQS luxury electric sedan becomes one of the finalists of the 2022 World Car of the Year awards. We will find out the winners at the New York International Auto Show, taking place between 19-28 of April. 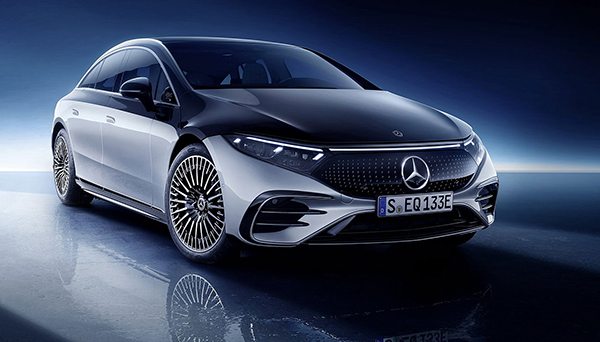 The EQS accelerates towards the 2022 World Luxury Car title, trying to leave in a cloud of dust the Audi Q5 Sportback, BMW iX, Genesis GV70 and Volvo C40 Recharge.

Meanwhile, the 2022 World EV of the Year will be one of the following five: Audi e-tron GT/RS e-tron GT, BMW iX, Ford Mustang Mach-E, Hyundai Ioniq 5 and naturally, the Mercedes electric flagship, the EQS. 2022 is the first year ever such a trophy will be awarded.

Chasing the worldwide recognized award, there are also cars designed specifically for the Indian market, such as the Volkswagen Taigun (different from the Tiguan) and Renault Kiger. They are both running in the 2022 World Urban Car of the Year.

In order to be eligible to take the prize home, the model must roll off the assembly line in over 5,000 units per year and must be on sale in at least two of the world’s major markets, on at least two different continents starting January 1st, 2021. No fewer than 102 automotive journalists from 33 countries making up the international jury will vote their favorites.

By March 15, the list of finalists of the 2022 World Car of the Year will be even shorter. We will find out the exact names of the winners in April, at the New York Auto Show.