The all-electric Mercedes-Benz EQE SUV and Mercedes-AMG EQE SUV models will be unveiled on October 16 at 2 p.m. EST and you can watch them debut right here. 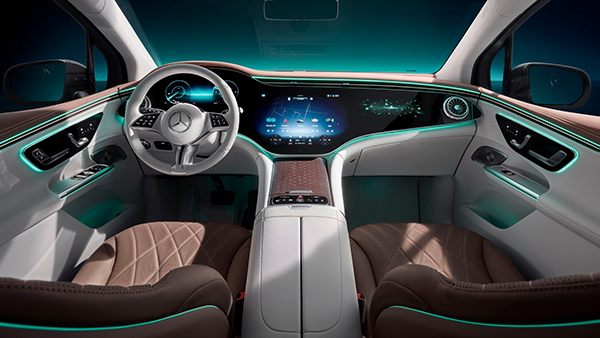 The EQE SUV has been in the works for quite some time and has been described as the “multi-purpose variant of the EQE executive saloon”. Or, if you prefer, the GLE for the electrified era.

While the German car manufacturer itself hasn’t revealed much about the EQE SUV, other than previewing its interior, spy shots from March showcased the vehicle without any camouflage. As we had expected and as the name implies, it looks just as you would expect an SUV variant of the EQE sedan to look – a taller version with a hatch and Merc’s trademark used soap bar aesthetics.

Among the key design details visible on this prototype was the fully-enclosed grille, sweptback headlights, and vertical air curtains on the outer edges of the front bumper. We also know that the EQE SUV will feature flush-mounted door handles and an angular rear window sitting below a subtle spoiler. Full-width LED taillights will also come standard on all EQE SUV models. 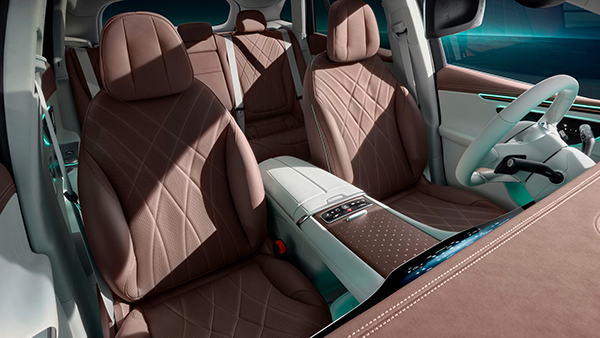 The interior of the EQE SUV is largely identical to the sedan. As such, it will be available with the massive MBUX Hyperscreen that houses three large screens under a single piece of glass. It also has the same ‘floating transmission tunnel’ as the sedan and will be available in five different color coordinated themes.

Powertrain options should be identical to the EQE sedan. Entry-level models should come equipped with a 90 kWh battery pack and a rear-mounted 288 hp electric motor. Mercedes-Benz is also tipped to offer a dual-motor all-wheel drive variant and at least two AMG-branded models. It is unclear which AMG variant will debut on October 16 but one version thought to be on the cards is an EQE 53 4MATIC+ with 617 hp and 701 lb-ft (950 Nm).