Mercedes-Benz’s EV range is set to grow more with the addition of the larger EQE and EQS SUVs, rumored for a late 2022 debut. The models are the high-riding alternatives of the equivalent EQE and EQS sedans and will be based on the same EVA platform, offered in different power outputs including hot AMG variants. 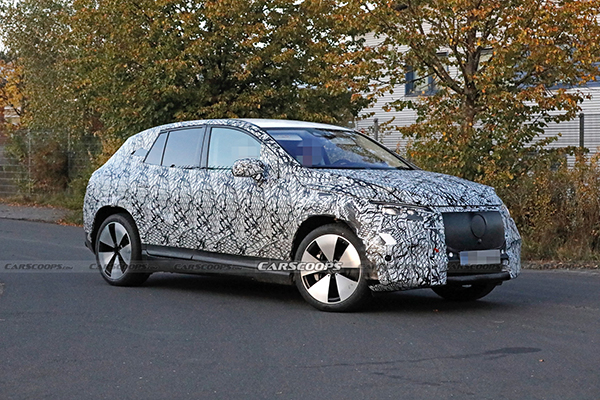 According to Autocar, the Mercedes EQS SUV flagship will be the first to arrive, after being previewed by a concept car at the Beijing Auto Show in April 2022. The latter is expected to closely mirror the Mercedes-Maybach EQS that debuted as a concept at the Munich Auto Show in September 2021. The smaller EQE SUV could follow with a concept preview at the Guangzhou Motor Show in November 2022.

The EQS SUV will reportedly measure 5,160 mm (203 inches) long, which is shorter than the 5,265-mm (207.0-inch) EQS Sedan. Similarly, the EQE SUV is rumored to measure 4,850 mm (190.9 inches), against the 4,934 mm (196.6 inches) of the EQE Sedan. Design-wise the two models will be pretty similar, other than the size difference, with great emphasis on the aerodynamics as Mercedes is probably gunning for the lowest drag coefficient in their segments.

Inside they will likely inherit the full-width Hyperscreen display of the sedans, with sources from Mercedes claiming that the cabin will set new standards for Mercedes. The taller bodies will result in a more spacious and practical cabin, with the EQE being a five-seater and the EQS getting the option of seven seats. 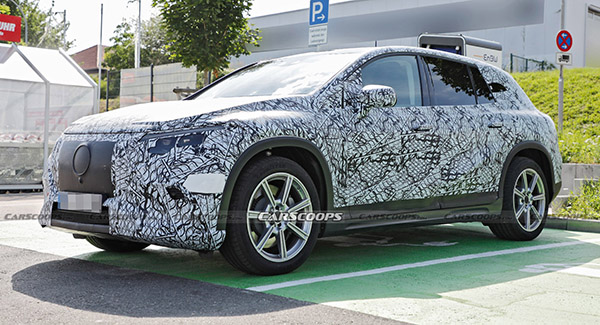 Production of the EQE and EQS SUVs will take place in Tuscaloosa, Alabama, where Mercedes-Benz is currently producing the GLE and GLS models. The similarities in the underpinnings made it possible for Mercedes to jointly develop the two electric SUVs, which are expected to be launched within six months of each other – just like the homonymous sedans did last year. After the EQE and EQS, the next addition to Mercedes’ electric SUV range will be the rugged EQG in 2024, which has already been previewed by the Vision EQG concept.