We heard about the Mercedes-Benz EQE SUV for the first time in December 2020 when the German automaker announced the all-electric EQE sedan will receive a high-riding version. A number of prototypes were later caught by our spy photographers testing with production bodies and significant amounts of disguise. Today, we can finally show you the zero-emissions luxury SUV without any camouflage months before its official debut. 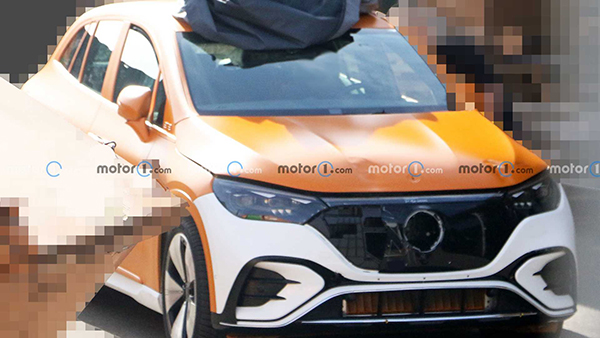 Our spies caught this test car at a Mercedes test facility near Stuttgart where the automaker is conducting crash tests. This EQE SUV also appears to be a crash test vehicle, judging by the orange color and white front bumper. Also, there’s some damage visible to the front fascia, which likely means the EV has already been involved in some crash test sessions. The panel gaps, especially those surrounding the hood, don’t look good either.

Nevertheless, this has to be the final production look of the EQE SUV – the exterior panels are most likely in their final shape and the lights look production-ready as well. Not much can be said about the smaller and less visible details, though. However, at least at the front, the bumper has all curves and lines we are probably going to see in the final version of the electric SUV. At the back, the taillights are connected with a LED stripe but the Mercedes logo is missing. 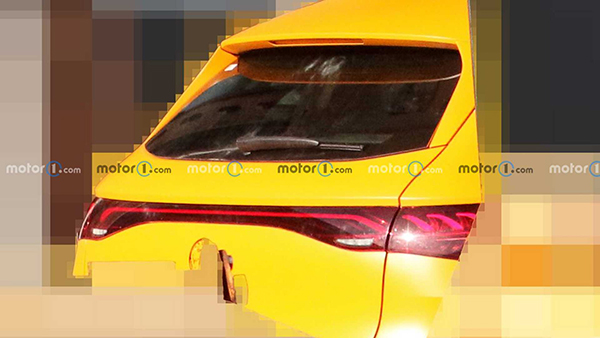 This is by far our best look at the new EV SUV from Stuttgart, though we don’t know what’s happening underneath the skin. A good assumption would be a shared powertrain range with the EQE sedan, which means a rear-drive model will act as a base version with 288 horsepower (215 kilowatts) and 391 pound-feet (530 Newton-meters) of torque. A dual-motor variant could offer significantly more power and an AMG version is also under development with a projected output of 671 hp (500 kW).

Everything should become clear later this year when the EQE SUV will make its full and official debut. We don’t know the exact debut date yet, but we think it is going to be towards the end of the year.