Mercedes EQE SUV is one of the newest products to come out of Germany as the brand with the three-pointed star aims to take its slice of the electric vehicle pie. The latest in a slew of EQ-branded models, the electric SUV is still undergoing development, with some of that taking place on American soil. Or should we say sand? 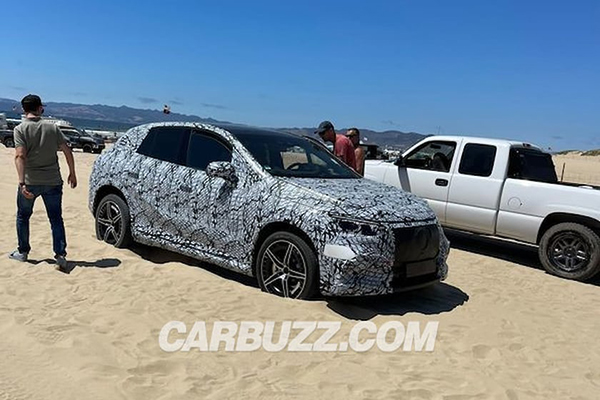 Longtime CarBuzz reader Tyler Henry, who goes by @papasmurfwrangler on Instagram (he has a blue Wrangler Rubicon 4xe, naturally), sent us these exclusive images of a test mule he encountered on the sands of the Oceano Dunes in California. While his hybrid Jeep easily dealt with the soft sand, the EQE SUV got properly stuck. What the engineers said when offered help was a riot.

Our man in the Wrangler, who often extricates incapable vehicles from treacherous off-road predicaments, naturally offered his services to the engineers. They refused his help and comically said that they “already called Elon because they work for Tesla,” reports Henry. Congrats on not being laid off, boys! 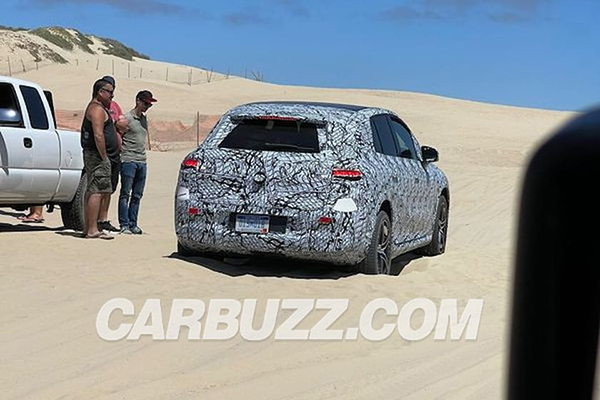 Henry then asked why there were wearing Mercedes shirts, and the silence that followed rivaled that of the EQE itself, and the numerous parked Mercs in the lot.

Fortunately, as seen in the embedded video below, the heavy Merc eventually got out of trouble. We doubt we’ll see the SUV back at the Oceano Dunes State Vehicular Recreation Area until some updates are made to its AWD system. Or perhaps we won’t see it return – it’s pretty embarrassing when your all-new EV can’t make it through relatively easy terrain. 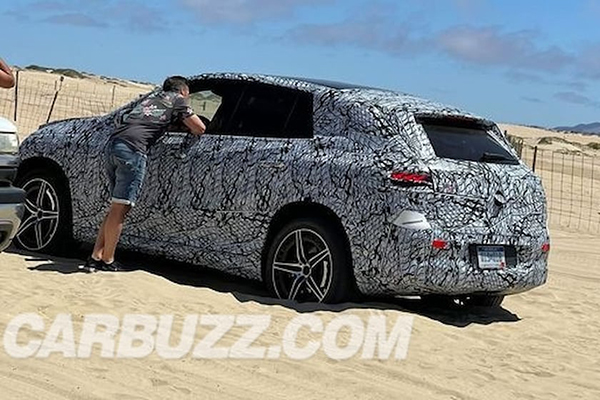 As for when we’ll see the finished product, we have no idea. We don’t even know exactly how much power it will have, although we expect that a dual-motor AWD system will generate in excess of 400 horsepower. Whenever it is revealed, we’re pretty sure that these images won’t be making their way to any promotional material. One can’t help but wonder if Mercedes should develop its own crab walk system like that of the GMC Hummer EV, but then again, most Mercedes buyers don’t go off-road in anything but a G-Class.

We wanted to get hold of Elon Musk ourselves to see if he did indeed give tips to help get the EQE out of the sand, but just like those Mercedes engineers, we don’t have his number. Hook us up, someone?