Mercedes-Benz has finally given us an official view of what to expect from the EQE SUV. In a set of life-like renderings, the German marque shows a first glimpse of the electric SUV, ahead of its launch happening in October 2022. 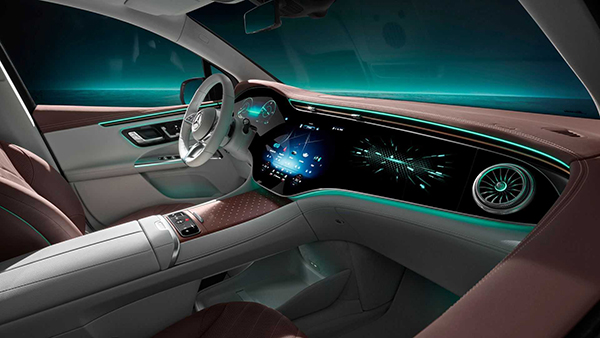 Described as a “multi-purpose variant” of the Mercedes-Benz EQE sedan, the automaker touts the EQE SUV’s headroom, legroom, and elbow room as one of the leaders in its class. However, that isn’t the only thing that the Mercedes is proud of with its upcoming model. 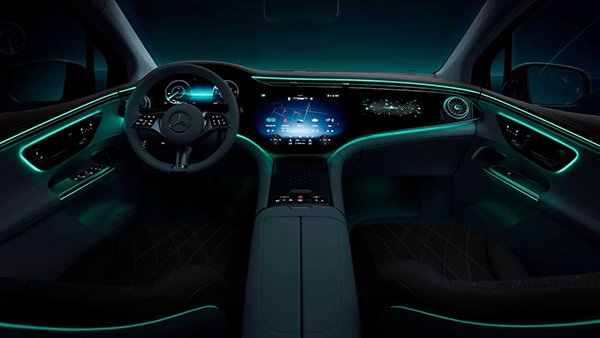 Mercedes presents an avantgarde architecture theme in the EQE SUV, primarily because there’s a mix of traditional and modern materials in the cabin. There’s also a five-color combination used, which utilizes a cross between warm and cool tones. The Balao Brown represents the warm side of the spectrum, while the Neva Grey and Biscay Blue/Black represent the cool, technoid-looking end.

Just like the other EQ models, backlit interior lighting is present inside the EQE SUV. There’s also the optional MBUX Hyperscreen that spans across the dashboard, along with the outer vents with turbine design. Trims of wood, aluminum, 3D anthracite, and fine metal pigments complete the elements in the cabin. 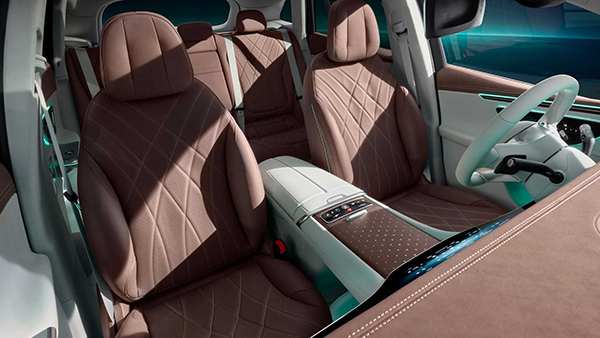 The EQE SUV has been spied several times on the road, but powertrain info is scarce at this point. However, the EQE sedan should give you a preview of what to expect from the SUV. The EQE 53 SUV will likely adopt the same 677-horsepower (506-kilowatt) rating from two electric motors with a 90.6-kWh battery. The EQE 43 SUV could offer 469 hp (350 kW), the same as the EQE 43 sedan.

Mercedes-Benz has officially revealed that the world premiere of the EQE SUV is happening on October 16, 2022, which should be a few weeks from now. We’ll know more about the model on or before that said date.