Relatively soon, Mercedes-Benz will have an all-electric equivalent of every core combustion-powered model from its portfolio. In the SUV segment, this means the GLE will soon be available with a zero-emissions powertrain, which will bring a different design and the EQE SUV moniker when it hits the market. It’s currently under development and we have a new spy video showing a camouflaged prototype to share with you.

Mercedes-Benz is doubling down on its bid to have an electrified version of all its core products. Recently, the EQ counterpart of the GLE SUV, the all-new Mercedes-Benz EQE SUV, was spied while undergoing testing in Nurburgring.

Although the vehicle in the spy video is completely covered in zebra camouflage, there are a lot of hints that point to its identity as the EQE SUV. First of all, it has a stance and form similar to the GLE SUV. Then, its lack of exhaust ports and sound hint that it’s an EV.

The EQE SUV is expected to adopt the design cues of the latest GLE and the EQE sedan. With that, it will feature clean and smooth surfaces with very subtle body lines accentuating some of its key areas like the hood and door panels. It will also be highlighted by a closed front grille featuring 3D scattered star patterns on the background of the three-pointed star emblem. Faux air intakes appear to flank each side of the front bumper, too, judging the positioning of the dents in the camo of the prototype. 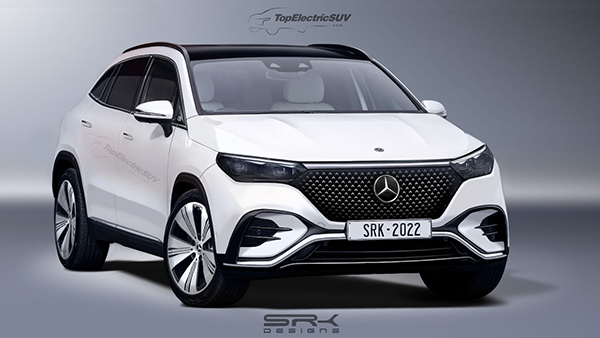 Mercedes is still mum on the features of the EQE SUV but the most reasonable move for its powertrain is to simply get what is already available in the EQE sedan. After all, the two are like fraternal twins in the EQ lineup similar to the relationship of the E-Class and the GLE SUV.

Should Mercedes go in that direction, expect the base EQE SUV to get at least 288 hp and 391 lb-ft of torque in its overall output.

There’s no word yet about the release of the Mercedes-Benz EQE SUV but it should be by next year.