If I was in charge at Daimler and some soon-to-be-unemployed individual pitched me a Mercedes SUV design that looks painfully uninspiring and bloated, I’d probably go full Ari Gold on them. I understand that when it comes to electric vehicles, aerodynamic properties are crucial, especially since there’s an all-out arms race between carmakers for who can deliver the most range on a single charge. 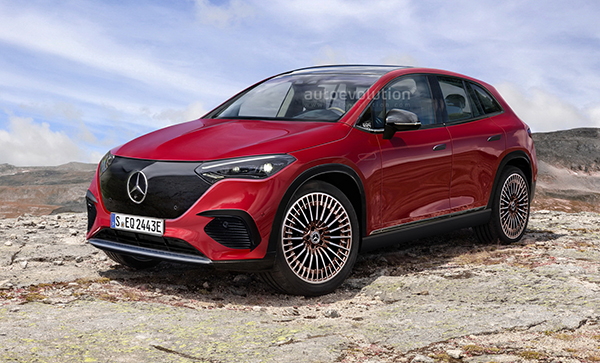 But guess what, buying a car is still mostly an emotional decision, so I’d rather let my rivals brag about how their mid-size SUVs can offer you an extra 10-20 miles of range, as long as my product is considerably better-looking.

Therefore, I don’t understand the BMW iX, nor do I understand Mercedes’ EQ line of products, which do actually feature a low drag coefficient – the EQS and EQE are the two most aerodynamic production cars in the world at just 0.20 cd apiece.

Battery technology will soon advance beyond the point where carmakers need to fight for every single mile of range (just so they can brag about it in a subsequent press release) and all we’ll be left with is a bunch of soulless pods, which is exactly the vibe I’m getting from this upcoming SUV version of the Mercedes EQE.

The fact of the matter is that sometimes you know exactly what’s behind door no.1, which in this case is a camouflaged Mercedes EQE SUV prototype, as spotted by our spy photographers back in 2021.

I’ll go out on a limb and say there’s no way, not even the slightest chance, that a good-looking SUV could be hiding behind that full-body camo. For more perspective, check out this rendering by Bernhard Reichel, depicting what I believe is a relatively accurate representation of what the real EQE SUV will look like.

The only thing that clearly doesn’t match the spy images is the shoulder line, which in reality is giving me some major BMW iX vibes, especially when coupled with that short rear overhang.

As far as this rendering is concerned, the shoulder line resembles that of the smaller EQA, which isn’t necessarily any better – trying to figure out which is uglier, the Mercedes EQA or the BMW iX, is starting to look like a philosophical paradox.

Looks aside, the 2023 Mercedes EQE SUV should prove to be a fine automobile from a technical standpoint, sharing several characteristics with the sedan model, such as dashboard design, overall interior quality, powertrains and so on.