This is the all-new Mercedes EQE – and Mat’s going to put this all-electric E-Class to the test! He’s flown over to Germany to try it out on the road, so naturally, there’s one thing he has to do first… Hit up the autobahn!

Mat Watson from Carwow took a trip to Germany and tested a Mercedes EQE, and he decided to make his own path. As you may be aware, when media drives are organized, the manufacturers invite the journalists who take part to follow a predefined route, which takes them from one point to another with the goal of assessing the vehicle.

Now, while the route is not mandatory or anything like that, it may be wise to stick to it, especially if you are unfamiliar with the country you are driving in, and even more so if the event has a strict schedule, as they usually do.

The idea is that you must let someone else drive the car once you are done with it, and the only way to do so if you do not stick to a route is to pay careful attention to the time you take driving it, as you must reach a specific location by a certain time. 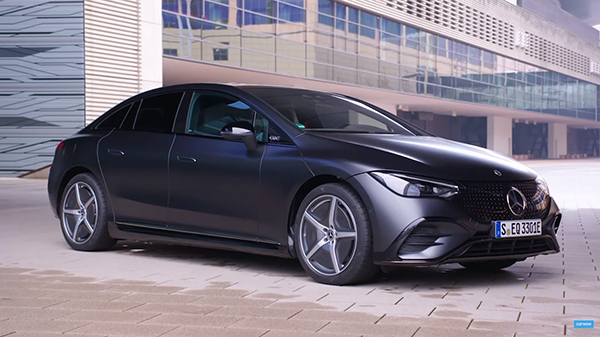 Now that you know how test drives take place, watch Mat as he strays from the route and heads to the German autobahn instead. His goal is to test the Mercedes EQE as it drives at top speed on the highway. Since the country has the world’s only highway with sections that have no speed limit, this is the ultimate test for an EV.

As you can imagine, the latter is a far better result, but you must watch the video below to see what the difference between 214 kph (132 mph) and 112 kph (70 mph) is in terms of range for this electric vehicle.