Mercedes-Benz EQS has just become the World Luxury Car of the Year. It is quite a tradition for the German carmaker. Two years ago, its ICE-version, the S-Class, took the award home. 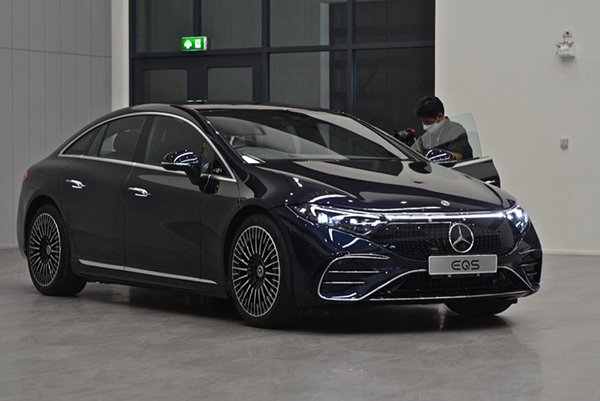 Mercedes sends a new-generation S-Class into the world and it instantly becomes the Luxury Car of the Year. It happened the same back in 2014, then in 2017 and 2021, with the S-Coupe squeezing in, six years ago. And now, in the all-electric frenzy, the EQS getting the title does not come as a surprise. It is the fifth World Luxury Car win for Mercedes-Benz and the second consecutive year.

“We are very honored and proud to receive this award. It has been an intense journey to build up the Electric Vehicle Architecture of which the EQS is the first product. Receiving this award is a strong symbol for the whole team and strengthens our goal to build the world’s most desirable electric cars”, said Christoph Starzynski, Vice President of Electric Vehicle Architecture and Development Electric Drive.

The Mercedes EQS defeated a BMW model
At the 17th edition of the worldwide prestigious competition, the Mercedes EQS won against BMW’s iX and against GV70 from Genesis. A jury of 102 international automotive journalists from 33 countries selected the winner.

In order to be eligible for the title, luxury cars must roll off the assembly lines in volumes of at least 5,000 units per year. They must also be on sale in at least two major markets, with the list including the United States, Europe, China, India, Japan, Korea, and Latin America, on at least two separate continents at some time between January 2021 and March 30, 2022. Price at the luxury-car level in their primary markets is also one of the conditions they must comply with.

The World Car of the Year title though, went straight to Hyundai, for their new Ioniq 5 electric crossover.