The EQE: the new business avant-garde saloon celebrates its world premiere at the IAA MOBILITY 2021.

Mercedes teases the future EQE electric business saloon with a short video posted on social networks. The company will reveal the model at the Munich Motor Show next week.

The upcoming business saloon will find its way in the company’s portofolio right beneath the EQS range-topper. The model comes to confirm the CEO’s Ola Kallenius statement saying that every model range will include an electric variant by 2025. 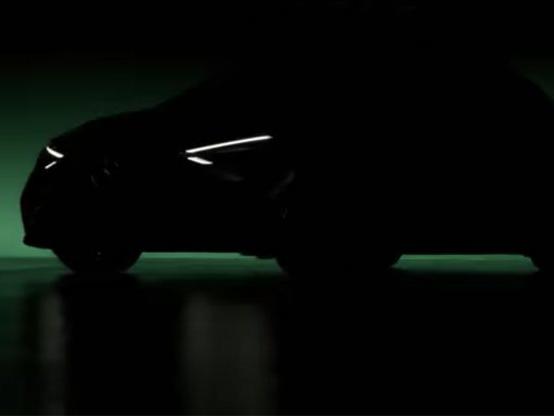 The future Mercedes EQE – not the first teaser
The video in dark shades comes accompanied by hashtags such as #MercedesEQ #MBIAA21 and #ProgressiveLuxury. It shows a sedan with a sleek side line. There are LED taillights with a new light signature. An LED strip that splits the tailgate in two, emphasizing the width of the car, connects the lights in the rear. “An electric business saloon”, that “will be “sporty and comfortable”, the premium car maker pledged back in July when they revealed the first teaser photos of the Mercedes EQE.

There are also prominent fenders and the coupe-like descending rear window, highlighting the athletic nature of the car. The Mercedes representatives state that he EQE will feature a “one-bow bodyshell design”. The interior will carry over the features of the EQS, with which the new model shares the platform.

The launch version will come with two engines, one at every axle. The units will develop 400 horsepower and a peak torque of 750 Nm. The 90 kWh battery will store enough energy for a range of 650 kilometers. A rear-wheel drive variant will make its debut next year.

The curtain will drop off the EQE this fall at the Munich Motor Show, the event the replaces the Frankfurt cars display, taking place between 7-12 of September.