Spearheading an EV offensive that will eventually see every ICE-powered Mercedes-Benz model get its electric counterpart, the 2022 Mercedes-Benz EQS is set to become the ‘S-Class of EVs.’

It would be wrong to label the upcoming Mercedes EQS as an electric equivalent of the new S-Class (W223) since the two cars are significantly different, beyond their powertrains. For starters, these new images reconfirm the flagship EV to carry to the three-pointed star will technically be a liftback rather than a sedan as the traditional range topper from Mercedes-Benz. 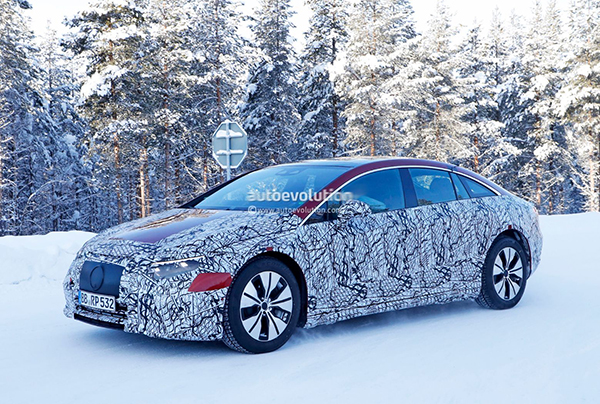 Then there’s the general shape of the EQS as it is significantly sleeker than the S-Class Sedan by going for a coupe-like roofline in the same vein as the AMG GT 4-Door Coupe, which also happens to be a liftback. You can’t see it in full in these spy shots, but the prototype’s tailgate accommodates a full-width light bar revealed last month in a teaser. 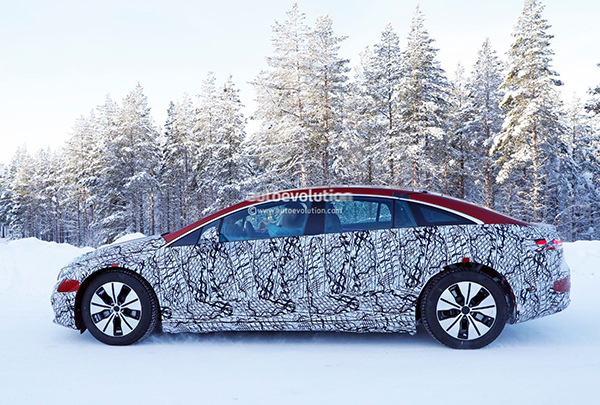 We could go on forever explaining the differences between the S-Class and EQS, talking about the different mirror placement and the tiny fixed glass sections at the front and rear pillars of the electric model. The front fascia is also all-new for the zero-emissions model, featuring a closed-off grille flanked by new headlights with a sweptback shape. 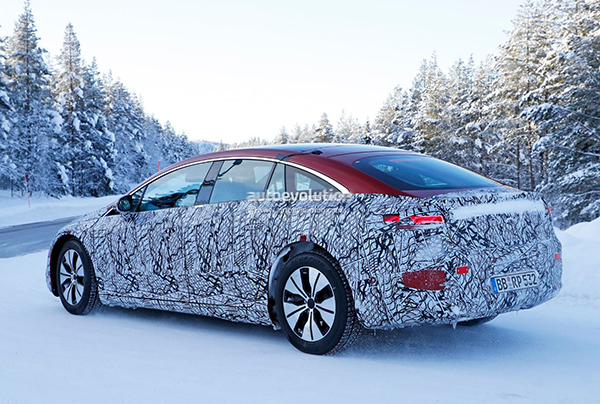 Riding on the new Electric Vehicle Architecture (EVA), the 2022 Mercedes EQS will be a follow-up to the Vision EQS concept unveiled in September 2019 at the Frankfurt Motor Show. It will actually be the first dedicated EV from the brand as all EQ models so far along with the defunct B-Class Electric Drive started off as vehicles based on a platform originally engineered to accommodate a combustion engine.

Little else is known about the EQS, although we’ll remind you Mercedes has already confirmed it will offer more than 435 miles (700 kilometers) of range per the WLTP testing regime. History has taught us that will most likely translate into a lower EPA number for North America, but still a more than decent range for 2022 standards given the car’s size and heft. 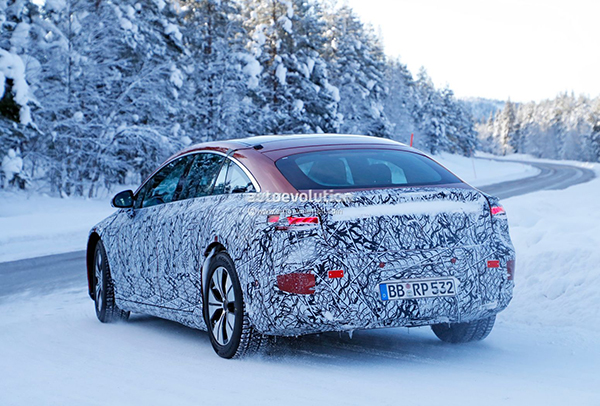 Its interior was previewed last month during the digital-only CES event where we saw the expansive 56-inch Hyperscreen consisting of a digital instrument cluster, the touchscreen infotainment, and another display on the passenger side of the dashboard. Available as optional equipment for the EQS, the screen-heavy layout will trickle down to other models, but Mercedes has already announced the S-Class won’t be getting it.

Production of the EQS is going to kick off in the first half of this year in the Factory 56 at the Sindelfingen site in Germany where the new S-Class is assembled. Come 2022, an EQS SUV will be added to the Tuscaloosa plant where Mercedes is also going to build the smaller EQE SUV. Meanwhile, the EQB is coming later this year as an electric GLB built in Kecskemét (Hungary) and Beijing (China) and we’ll also see an EQE sedan before the end of 2021, with production taking place in Bremen (Germany) and Beijing (China).