Mercedes is working on the new generation Mercedes E-Class codenamed W214. It will probably appear at the end of 2022 and will be available as a limousine, estate and All Terrain. The new Mercedes E-Class will be the last model built on a combustion engine platform. 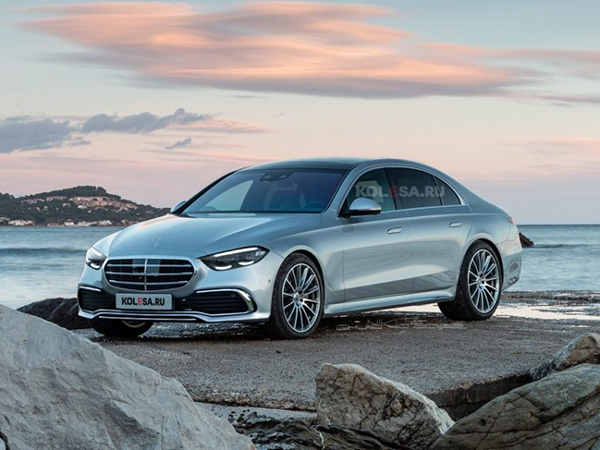 The current generation Mercedes E-Class (W213) was launched in 2016 and underwent a facelift through 2020. The new generation W214 will be introduced by the end of the year and will be on sale from early 2023. Shortly after the limousine, the station wagon version (S214) will be launched.

The new E-Class will have a design inspired by the S-Class and will be a kind of a smaller S-Class. Based on the MRA II platform from the S-Class and C-Class, the new E-Class will have a slightly longer wheelbase of around 2.96 metres, wider track front and rear and optional pneumatic suspension and integral steering. However, the engine range will be narrower than the old generation. As with the C-Class, the V8 engine will no longer be available. Instead, 4- and 6-cylinder diesel and petrol engines will be offered.

The OM654 and M254 2-litre 4-cylinder diesel and petrol engines will feature mild hybrid technology with integrated starter generator and 48V network. The petrol engine develops up to 272 hp and 400 Nm and the diesel up to 265 Nm and 550 Nm. The OM656 and M256 3-liter 6-cylinder inline petrol and diesel engines develop up to 330 and 435 hp respectively.

As with the new AMG C 63 S E Performance, future AMG E 53 and 63 models will feature a PHEV propulsion system with 4-cylinder engines delivering over 600 hp. Also, the battery of the PHEV models will be enlarged to offer electric ranges of around 100 km and the larger battery space has been achieved through a new rear axle design.

All E-Class versions will use the MRAII platform from the S and C-Class and this will be the last Mercedes model built on a conventional platform. In addition to the limousine and station wagon, an All Terrain version will also be offered. A coupe and a convertible will no longer be offered as Mercedes will replace the C-Class and E-Class coupe/cabriolets with a single model placed between the classes, which will be called CLE and will be available as a convertible, coupe and four-door coupe.

The interior will be similar to that of the C-Class and S-Class with MBUX multimedia system with 12.8-inch portrait screen and enhanced voice control.

Little is known yet about the design as the car is still heavily masked. The headlights will be narrower and the daytime running lights will be located in the upper part of the headlights. It is possible that the star on the bonnet will be removed and will be located only in the radiator grille. The taillights will be slimmer, similar to that of the C-Class. The exhaust system will no longer be visible either, being hidden behind the spoiler. And the outer door caps will be recessed into the bodywork for better aerodynamics. The station wagon will continue to have an upright tailgate so it will still offer a generous load volume.