Mercedes-Benz introduced the EQE last fall and now attention is turning to the next-generation E-Class. 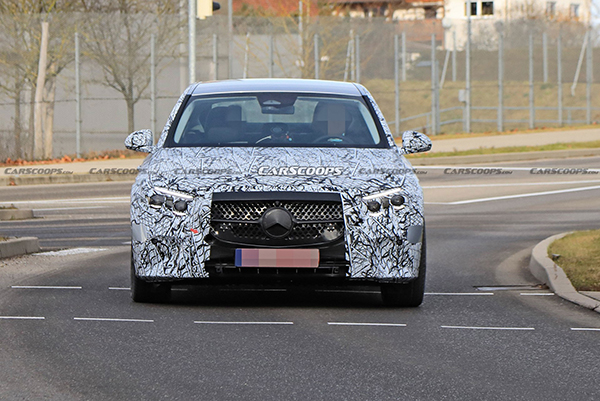 Sedan aren’t as popular as they used to be, but companies like Mercedes-Benz continue to offer them for buyers who don’t want a lifted crossover. The 2022 Mercedes-Benz E-Class Sedan received a facelift last year and the next-generation model is already in development. We first spotted the next-gen E-Class testing wearing the current model’s pre-facelift body. But these latest camouflaged prototypes look more like the production version. 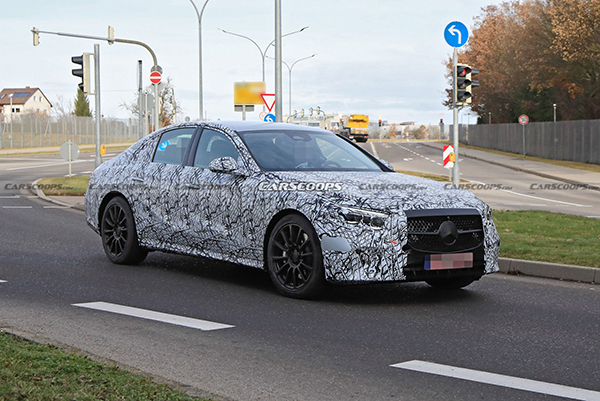 We believe the two vehicles caught testing are the AMG Line and Executive Line, assuming Mercedes will keep the same trim names from the current E-Class. Judging from these spy shots, the gas-powered E-Class will have a very different shape than the all-electric EQE Sedan. 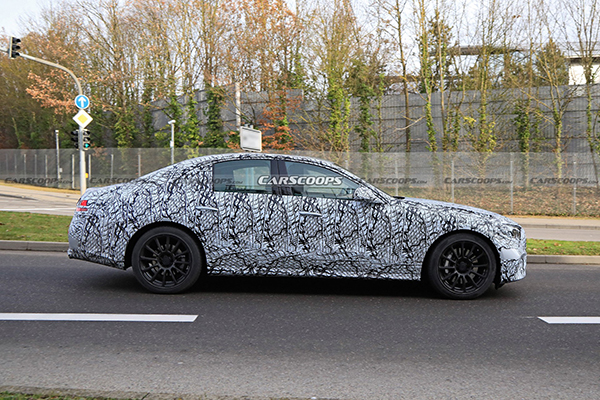 It’s tough to see with the camo, but we expect the headlights and taillights to look similar to the current S-Class. Both test mules were spotted with pop-out door handles like like the S-Class and EQS, though traditional handles may still be available on lower end models. Perhaps to no one’s surprise, the next-gen E-Class (codenamed W214) will adopt styling cues from the smaller C-Class and the larger S-Class. Our photographers didn’t capture any images of the interior, but we expect a central 11.9-inch center touchscreen setup with a 12.3-inch digital driver’s display. Only the sedan body style was spotted, which makes sense as the coupe/convertible models will be merged with the C-Class to create a new CLE-Class. 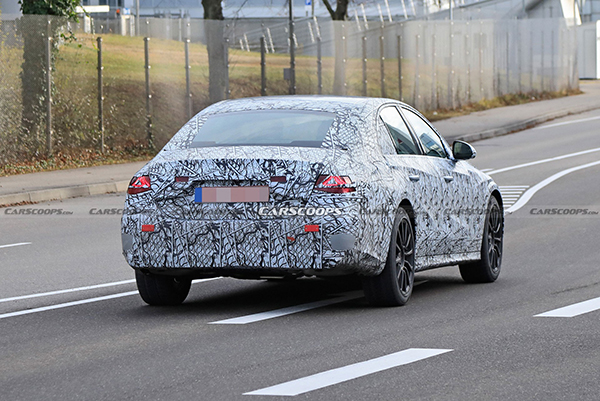 As for what’s under the hood, everything is purely speculative at this point, but the base E-Class typically shares engines with the smaller C-Class. This would mean a 2.0-liter turbocharged four-cylinder with mild-hybrid assist for the E300 producing 255 horsepower and 295 lb-ft of torque. A plug-in hybrid model will likely arrive later in the life cycle, sporting the same 313 hp and 405 lb-ft found in the C-Class PHEV with a 68-mile WLTP-rated range. It’s unclear what will power the upcoming AMG variants, since Mercedes hasn’t shown the next-gen C63 yet. We expect an uprated 2.0-liter four-cylinder paired with more powerful electric motors.