Living with a 2000 Mercedes-Benz CLK 430 convertible means living with a mix of eccentricities and looking forward to sunny days. 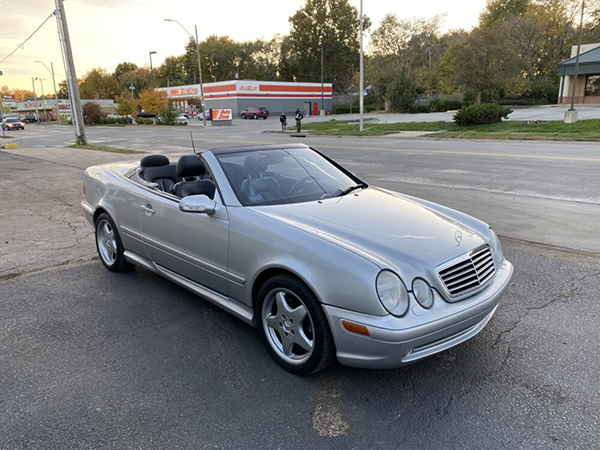 I’ve owned my 2000 Mercedes-Benz CLK 430 convertible for just over nine months. It’s gone by fast, as life generally does when you’re busy. But the time has been punctuated with opportunities to enjoy and appreciate the car, including a good road trip.

Even so, it hasn’t all been idyllic. Like with all old cars, a few issues cropped up. The CLK is an old Mercedes going on 23 years old. It’s a mix of eccentricities wrapped in Brilliant Silver Metallic paint. Optimistically, I believed I bought a good car for a good price but expected a few surprises. It turns out I was right on both counts.

Why I Bought It
I’ve always wanted a Mercedes-Benz convertible. My first two choices were the R107 or R129 SL Class, but prices for a good one were out of my reach. I also wanted room for four people and something with a V8 engine. That led me to the CLK.

Last year a local dealer listed a 2000 Mercedes-Benz CLK 430 convertible with the AMG package. All summer and into fall, the price dropped on it. By late October, my job became 100 percent remote. I sold my commuter car and looked at the CLK. It had 74,000 miles and a clean, well-documented service history. It fit four people. Best of all, the 4.3-liter version of the M113 makes effortless power with a satisfying rumble. I offered the dealer the same money I made selling my other car, and they accepted it.

I still think I came out ahead. 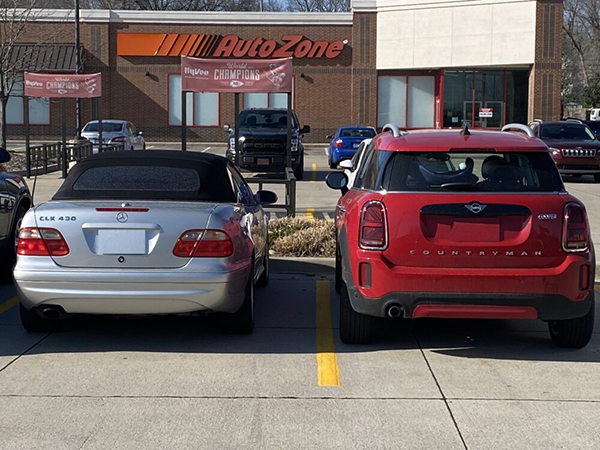 How It Started
During the first two months, I put the top down anytime the temperature was above freezing. A quick errand or a Sunday drive, it didn’t matter. December was warm and mild. Christmas Day was 60 degrees. The CLK was out more often than not, always with the top down. Even when it was cold, a warm jacket, gloves, and heated seats made open-air motoring enjoyable.

Then it snowed. I let the car sit for a week, and it drained the battery.

Jump starting a CLK is a convoluted process. The CLK’s battery is in the trunk, which I couldn’t access with my key. Instead, I had to open the hood, power the car’s electrical system using the positive terminal, and then open the trunk. Jump-starting the car proved equally difficult. The battery was completely dead. No amount of charging would bring it back. It was also two years out of warranty, so I replaced it with a new AGM battery from my local auto parts store.

Since then, I’ve learned to drive the car every 2-3 days or put it on a battery tender. It has a slow drain on the battery, which hasn’t been a priority to fix. Like any old car, my Mercedes-Benz CLK has issues. In addition to the battery drain, one of the valve covers leaks oil. The stereo head unit won’t play CDs. And there’s a pesky warning light telling me I have a burned-out lightbulb when I don’t. All minor things I can live with. 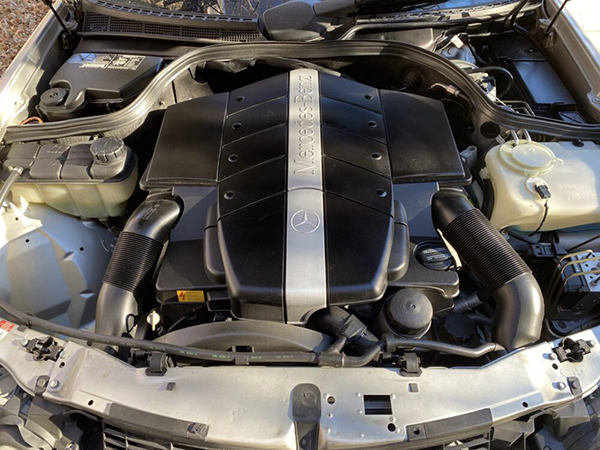 How It’s Going
The CLK is small compared to modern cars. That still surprises me because it drives like a bigger car. In it, you look up at people in Honda Civics. It’s shorter and narrower than a Mini Countryman. But it’s still practical. Spring sprung, leading to more driving.

The CLK became an impromptu pickup truck, hauling an evergreen and four boxwood bushes home during one of many runs to Costco. It’s surprising how much cargo you can haul. Lots of things will fit in the trunk under the convertible top, and it’s easier to haul five-foot tall trees with the top down than in my wife’s SUV.

I’ve also noticed the CLK undergoes a remarkable metamorphosis with the top down. It’s like you are in a parade. People stare at you. The CLK’s styling makes it stand out in a heard of crossovers and trucks. It’s beautiful in person, a subtly elegant design that grows on you. Pictures don’t do it justice.

What looks blocky and slab-sided in 2D takes on a subtly sculpted form in real life. The front end bridges the classic and modern eras. A formal grille leans slightly back, yielding to aerodynamics. The oval lights have turn signals built into them, recalling the stacked headlamp design of the 300SEL. The AMG package, with its more aggressive front facia, side skirts, and Monoblock wheels, enhances the CLKs clean lines.

Ah, but let’s talk about those Monoblocks
Recently I took the CLK to my mechanic before a road trip. It needed two new rear tires, and two of the Monoblock wheels were bent. Apparently, it’s a common enough occurrence that his shop has a service to recondition wheels. Fixing them cost me $200 each. The car also needed a new steering damper. Total damage to my wallet, including the oil change, was $1,280.

It could have been much, much worse
Nine months in and I still love driving it. Peter Egan, the longtime editor at large for Road and Track, once wrote about “Cars of Occasion.” Cars you drive for enjoyment or bring out for special events. Or, as he writes, a car “whose emergence from the garage makes us feel as if we’re rolling out the big guns.” At some point, I’ll tackle the valve covers and chase down the source of the battery drain. But for now, I’m too busy making my own occasions.