In this era of wholesome-everything, nothing seems to escape the “organic” label, so why should Mercedes-Benz’s design make any exception? “Well,” you’ll say, “because it’s not exactly in line with tradition and because…” Shush. Just shush. You’re right, but “shush” nonetheless. 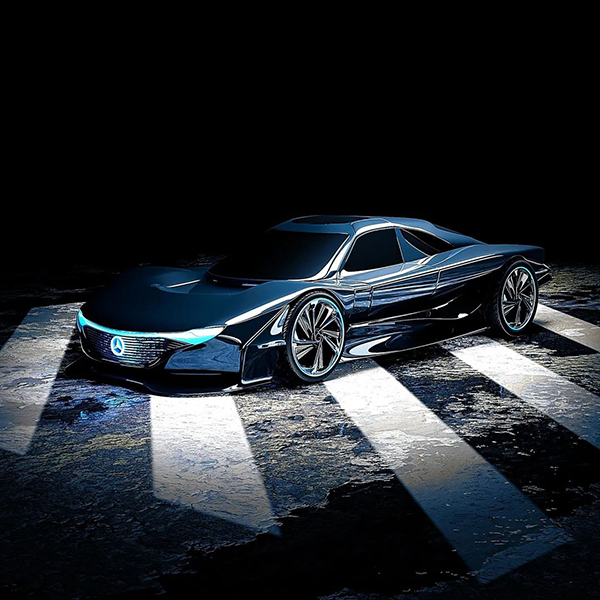 You probably wouldn’t be too surprised if we told you the “organic” part referred to the provenience of the materials used to make the car since it seems to be one of the main concerns at the moment – particularly as a complement to the EV movement – but this time, we’re actually talking about another meaning of the world. Think more in the vein of H. R. Giger.

Depending on how deeply involved you are with everything that has to do with arts, you may know the Swiss artist based on his entire work, or just the one that’s made its way into mainstream pop culture: the xenomorph creature in the Alien universe that’s become synonymous to the whole idea of “organic design”. Especially when there’s an ominous aspect to it as well. 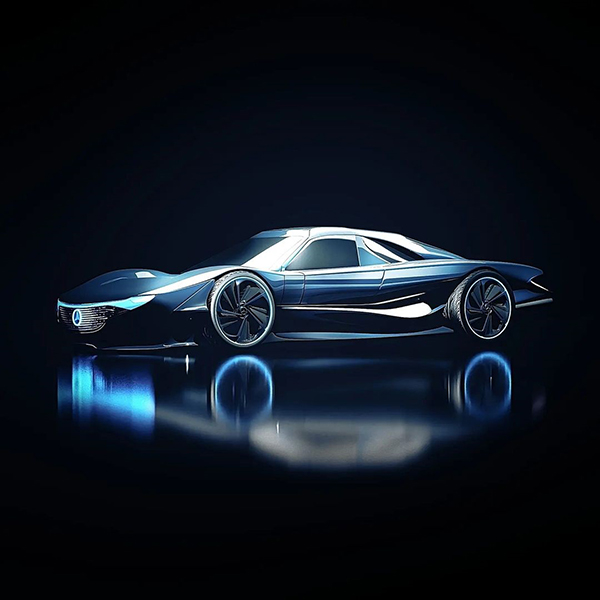 This rendition of a fictional upcoming Mercedes-Benz CLK-Class certainly fits that bill. Much like the acid-spitting creature, it has a sweeping dark silhouette with reflective surfaces, but also its fair share of sharp angles and creases to make you think twice before touching it.

The CLK name doesn’t seem to make much sense since this looks to be more of an Audi Grand Sphere rival, which is said to preview the next A8 limousine. Mercedes-Benz is pretty stacked in that department with the S-Class and EQS as well, not to mention the Mercedes-AMG and Mercedes-Maybach models.

Based on its proportions, we’d say this CLK concept might veer toward the sportier segment of Mercedes-Benz’s lineup, or maybe even make the jump to the AMG stable. Speaking of that, it could very well be the sub-brand’s first all-electric model, though it seems to give off mixed signals when it comes to the nature of its propulsion. 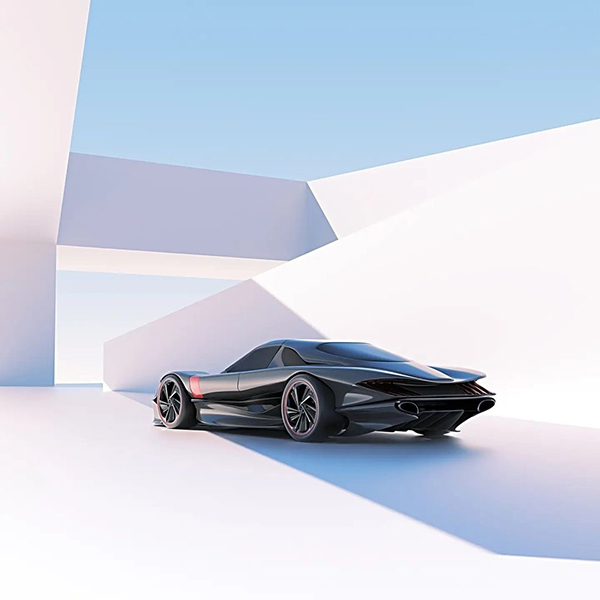 From the front, it looks to feature an evolution of the design used for the current EQ models. On the other hand, the vent in its hood suggests there is air that needs to be extracted, which is usually the sign there is a thermal engine in there somewhere. Then again, there’s not enough room to fit any sizeable engine there, and a mid-engine configuration isn’t a possibility either. Surely, it has to be an EV.

Just as you think that you stumble across the shots from the rear and notice two elliptical shapes that look intriguingly similar to a pair of exhaust tips. What exactly is going on? Well, if we were to guess, we’d say the CLK concept is likely hiding a hybrid powertrain with a small, turbocharged engine (maybe even a boxer to keep everything nice and flat) and one or two electric motors. Think BMW i8, but with a bit more electric oomph.

We’re probably taking things a little too far thinking about the technical side when this is actually just an unofficial design study and as far as that is concerned, we have to say we like it. It’s refreshingly very un-Mercedes-Benz-like, and even though there’s nothing wrong with the way the brand’s latest models look, variations are always welcome in our book.