The Mercedes-Benz CLK GTR Is Not the Same as the CLR
Let’s get something out of the way first – the Mercedes-Benz CLK GTR and CLR are totally different cars. The CLK GTR was Mercedes’s answer to the McLaren F1 GTR, Ferrari F40 LM, and Porsche 911 GT1 in the GT1 racing series. It competed in 22 races, winning 17 outright, and back-to-back championships in 1997 and 1998. The CLR was a successor of sorts, built to run at Le Mans once the GT1 class disbanded. The CLR is infamous for flipping end over end in the 1999 24 Hours of Le Mans, its first and only race. 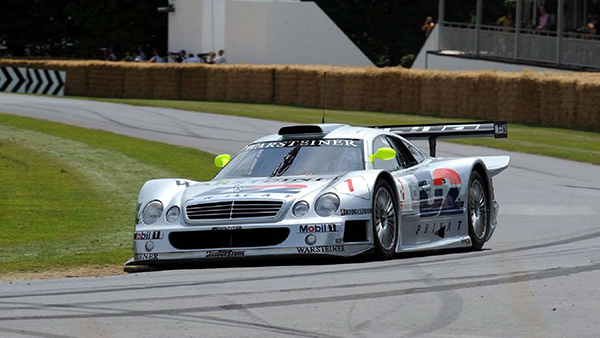 Developed in 128 Days
Car development is a lengthy process, taking years to plan and build the final product. The engineers at Mercedes-Benz took 128 days to create two prototypes in time for the 1997 season. To speed up the process, they purchased a McLaren F1 GTR to benchmark performance. Then they modified the McLaren by fitting it with the AMG 6.0-liter V12 and running gear. Finally, they also modified the body, attaching parts developed for the CLK GTR to test aerodynamics in real-world conditions. By the time the actual CLK GTR prototypes saw daylight, they already had extensive testing under their belts.

The CLK GTR had short but very successful racing career
The CLK GTR was developed for the new FIA GT Championship and to directly compete with the Porsche 911 GT1. The bodywork shared some design elements of the CLK road car including the front end and roof profile but was made entirely out of carbon fiber. With its 6.0 liter M120 V12 engine, it dominated the FIA GT Championship. Mercedes-Benz also entered two cars in the 1998 Le Mans 24 Hours, where they started on the pole. Early on, the CLK GTRs set a blistering pace until engine trouble sidelined both cars. Mercedes-Benz looked forward to another great year in 1999 but unfortunately, FIA canceled the GT Championship series due to a lack of participants. 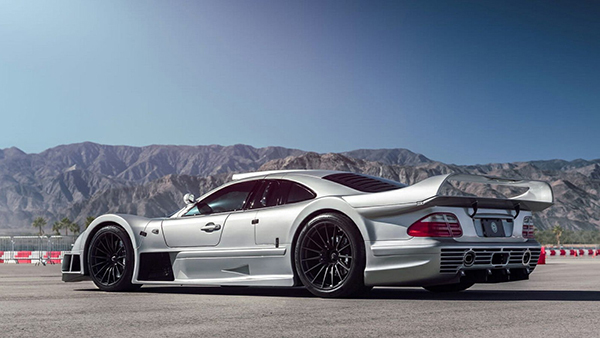 A Super Rare Road Car
Even though the 1999 FIA GT was canceled, Mercedes-Benz was required to build a minimum of 25 road-going versions of the car. A total of 28 were built, including two prototypes, 20 coupes, and 6 roadsters. At the time, it was the most expensive production car ever built with a price tag of $1,547,620 – which is about $2.63 million in 2021 money. Today, however, the CLK GTR fetches upwards of 10 million dollars at auction, but rarely does one come up for sale.

Stunning Performance
The road-going Mercedes-Benz CLK GTR was a thinly veiled version of the FIA GT car. Powered by a naturally-aspirated 6.9-liter V12 engine that produced 600 hp and 538 lb-ft of torque, it reaches 60 mph in 3.8 seconds before topping out at 214 mph. Those numbers are impressive today, but in 1999 they were astonishing. Plus the speed is accompanied by the sound of that monster V12. 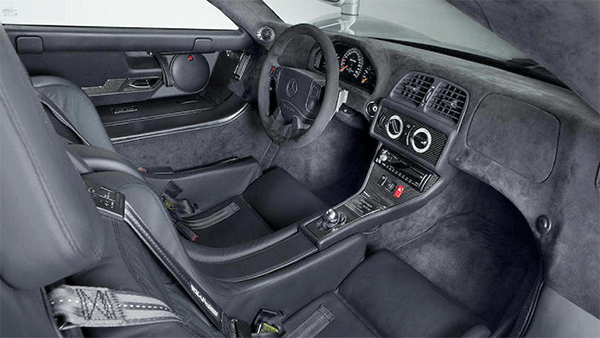 Spartan Racecar Interior
The price of the Mercedes-Benz CLK GTR puts it in the same range as a yacht or private jet. But don’t expect the same luxury appointments as those vehicles. Inside the dashboard layout is similar to the W208 CLK coupe and convertible, but the rest of the CLK GTR’s interior is all business. The carbon-fiber tub is trimmed in leather and Alacantara, but the leather seats are tightly bolstered with four-point harnesses. However, you do get air conditioning and a stereo, though I don’t know why you would ever cover up the sounds the car makes.

Best Mercedes-Benz Car Ever?
Over the years, Mercedes-Benz has produced a lot of great cars. Some, like the original 300 SL Gullwing, 300 SEL 6.3, 500E Hammer, SLR McLaren, and AMG GT are iconic. The CLK GTR also belongs to that company. Is It the best Mercedes-Benz car ever? That may be open to debate. But with its performance and exclusivity, its total dominance at one of the highest levels of motorsports, you can make the case it is.