In January 1997, Mercedes launched the first coupe based on the C-Class. Codenamed C208 (A208 for cabriolet), the Mercedes CLK had a design inspired by the E-Class, but the platform was based on the first generation C-Class (W202). It was in fact a coupe between classes that plays the role both of a C-Class Coupe and E-Class Coupe. 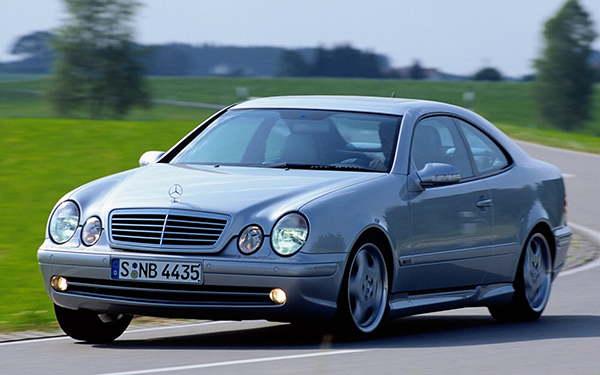 The first Mercedes CLK concept was unveiled in 1993 at the Geneva Motor Show. It caused a sensation at the Swiss show not only because it was a stylish coupe but also because it has introduced the new four-eye face: elliptical headlamps – two large on the outside, two smaller on the inside.

The new design drew a lot of comments, and the concept’s role was to familiarize people with the new design line. Incidentally, the four-eye front went into production two years later on the Mercedes E-Class (code W210).

Mercedes’ courage to innovate with the new four-headlight design has been rewarded with very good sales. 233,367 units of the coupe produced at the Bremen plant was sold from January 1997 to May 2002. This result was 65% better than the figures obtained by the W124 E-Class coupe which was sold for nine years. The best-selling model was not the cheap 4-cylinder engine, but the CLK 320, equipped with a 3.2-liter V6 engine and 218 HP, which was sold in 68,778 units. 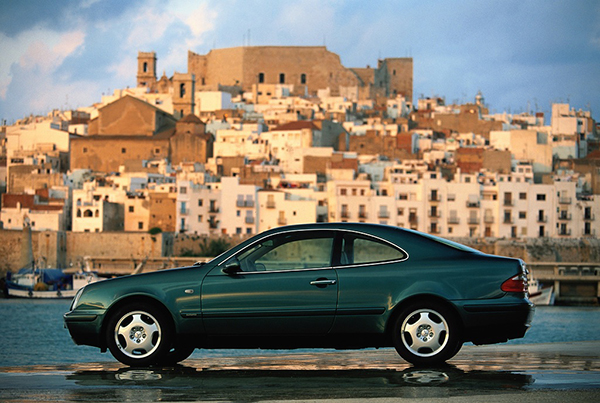 A new CLK 55 AMG was also offered in the second generation with the same 5.4-liter V8 supercharged engine with a mechanical compressor that provides almost the same power as its predecessor (367 HP). 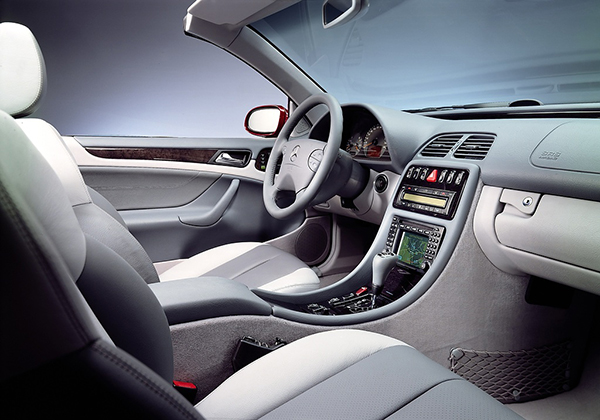 The second generation also remain in history for the Mercedes CLK DTM AMG limited series model to celebrate DTM victories. Only 100 coupes and 80 convertibles were built.

With the same 5.4-liter V8 engine supercharged with a mechanical compressor from CLK 55 AMG, the CLK DTM AMG develops 582 HP and 800 Nm. With bucket seats and seat belts in six points inspired by the world of racing, very wide sills and a sensational steering, the Mercedes CLK DTM AMG had a better handling than the most agile BMW, winning the hearts of many enthusiasts.

The name CLK has dissapeared in 2009
In 2009, Mercedes introduced the third generation of coupes, but the CLK name disappeared. The new coupe / convertible codenamed C207 / A207 was called the E-Class coupe, it looks like an E-Class but the platform and equipment were from C-Class.

Oddly enough, it was one of the few Mercedes coupes that did not have an AMG version. In 2017, Mercedes gave up the idea of a coupe placed between classes and launched a real E-Class Coupe (C238 / A238). Two years earlier, in 2015, Mercedes had launched the C-Class coupe based on the C-Class sedan (W205).