A new Mercedes-Benz C-Class is coming. We’ve seen several spy photos of test vehicles, suggesting the new model won’t rock the boat too much in the looks department. The C-Class is a bread-and-butter machine for Mercedes, and the hot C63 AMG is an epic sports sedan with few rivals. 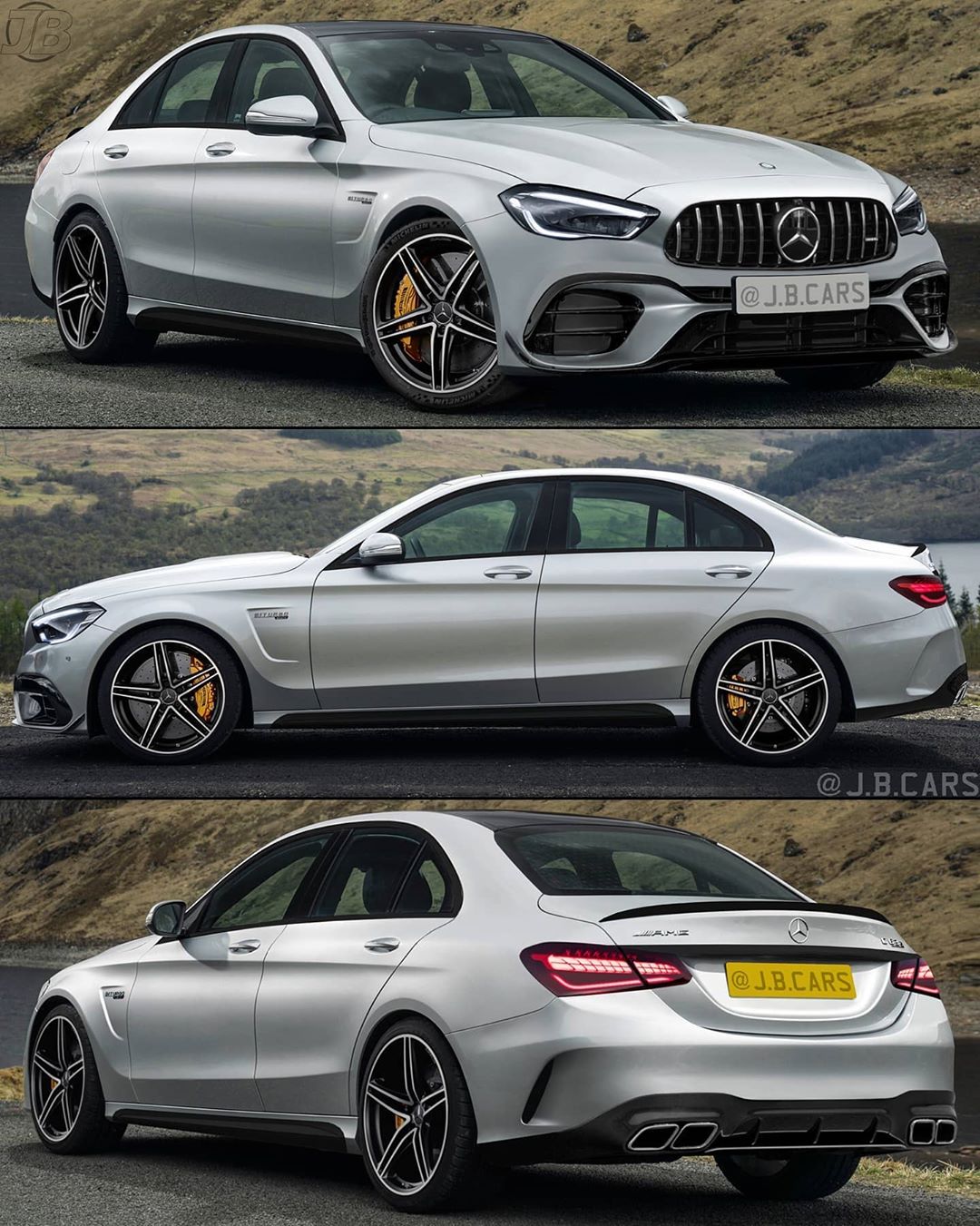 We’ve yet to get a good look at a next-gen C63 test vehicle, but a series of renderings from j.b.cars on Instagram seeks to fill the void. Based on C-Class spy shots, the renderings image a properly subtle evolution of the muscular sedan. Modest scallops in the fenders draw attention to the biturbo badging, and the new C-Class face is in full view with a clear AMG edge and the Panamericana grille. The rest of the car, however, isn’t much different from the current model.

That might not be the case underneath. Obviously these renderings are only skin deep, but we’ve heard rumors that the next-gen C63 could lose that biturbo badge. That’s because it could lose the biturbo V8 that’s been thumping under the hood for some time, but that doesn’t mean the iconic AMG will lose its bite. The turbocharged 2.0-liter four-cylinder that generates a heroic 416 horsepower (310 kilowatts) for AMG’s A45 S could transition to the C63 and gain more power with a hybrid electric powertrain. It would need approximately 100 more hp (75 more kW) to comfortably exceed the current-generation C63’s output, but as we’ve seen time and again, electricity can certainly deliver.

Still, a snarling V8 is as much a part of the C63 as its AMG badge, and we can’t help but wonder how buyers would respond to such a move. Whether the mighty Merc’s future is a four-cylinder hybrid or a raucous twin-turbo V8, we can at least take comfort in knowing it should still look elegant, aggressive, and sublime.