The fifth generation of the Mercedes-Benz C-Class, internally codenamed W206 when it comes to the sedan and S206 for the station wagon, is literally just weeks away from its official unveiling. 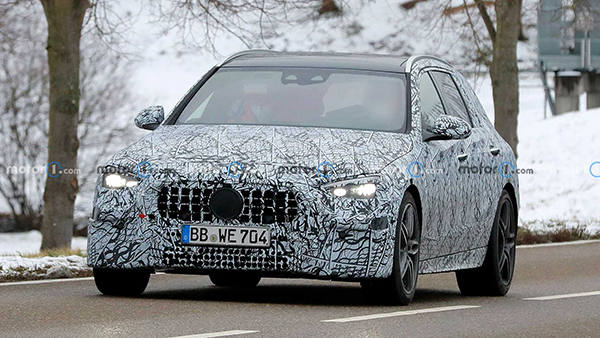 You can criticize Mercedes all you want for coming out with a plethora of SUVs, but the fact of the matter is, it’s what the majority of buyers want when shopping in the luxury segment. It’s not like the three-pointed star is killing its regular cars to make room for the high-riding models. As a matter of fact, the German luxury brand still sees a business case for what is basically a niche segment – the performance wagon. 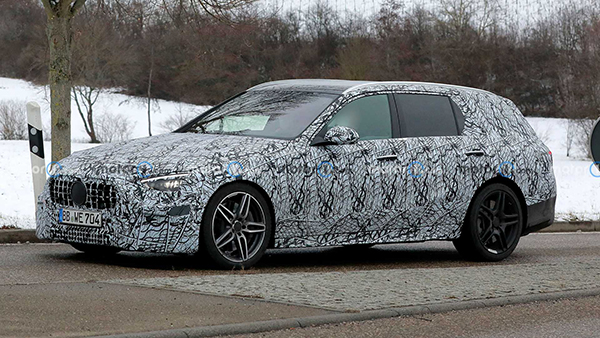 Starting from the bottom to the top, there’s the CLA 35 / CLA 45 Shooting Brake, C43 / C63 C-Class Estate, and the E53 / E63 Estate. We’d argue the long-roof C43 hits the sweet spot by being more luxurious and practical than the CLA SB without having to pay the significant premium that comes with the AMG E-Class models while also having to deal with its larger footprint. In day-to-day driving, the C43 isn’t that much slower than the full-fat C63, unless you’re actively trying to get a speeding ticket. 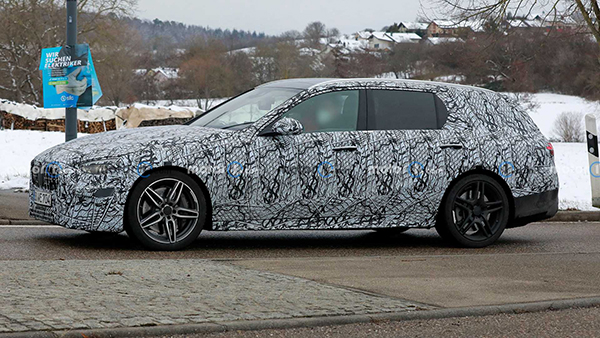 The C43 is technically being discontinued to make room for the C53. Back in June 2018, a Mercedes official said we would have to wait for the next-gen C-Class for a C53 to follow the bigger E53 and CLS 53 models. Naming aside, the generation switch will come with a major change underneath the hood, or so we’re hearing. 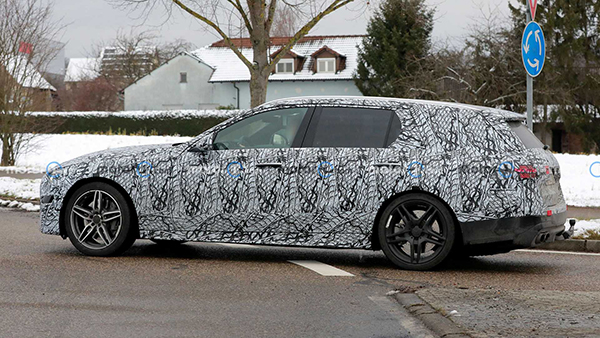 It is believed Merc’s answer to the S4 Avant and M340i Touring will lose the twin-turbo 3.0-liter V6 in favor of an electrified four-pot. Despite the downsizing, the hybrid component should help the C53 deliver slightly more power than today’s C43. The combustion engine is believed to be an upgraded version of the 2.0-liter M139 inside the AMG “45” compact models, which have the world’s most powerful mass-produced four-cylinder unit. 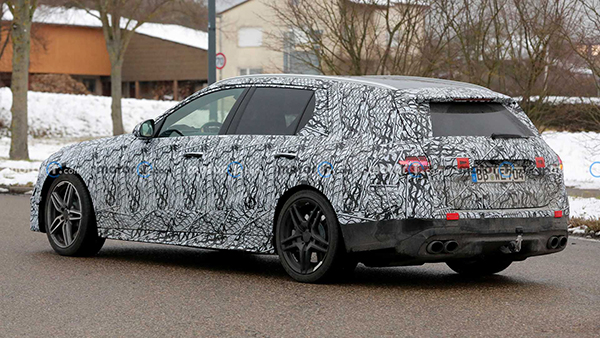 The prototype our spies have caught wasn’t ready to reveal any of its secrets, though we can see the round quad exhaust tips reserved for the “53” cars. The test vehicle seemed to have all of the production body panels in place, along with the Panamericana grille hiding behind a grid-like camouflage. It’s not the first time we’re seeing prototypes being tested with mismatched wheels (or a trailer hitch), although it’s a bit funny to see Mercedes wanted to hide the “AMG” badges. 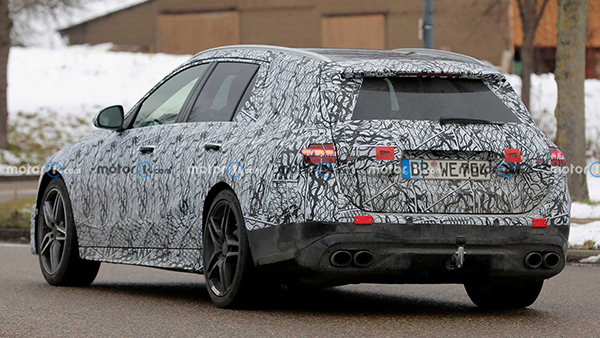 The C-Class W206 sedan is expected to debut later this year, with the more practical wagon to follow shortly. We’re guessing the C53 and the C63 won’t arrive until later in 2022.