Ever since Mercedes unveiled the new C-Class a little over a month ago, we’ve been keeping an eye on the German configurator to see the entry-level trim with the smaller central screen. Why? Because spy shots showed prototypes with the basic central screen, which was obviously not included in the official image gallery since all photos depicted the high-end version. 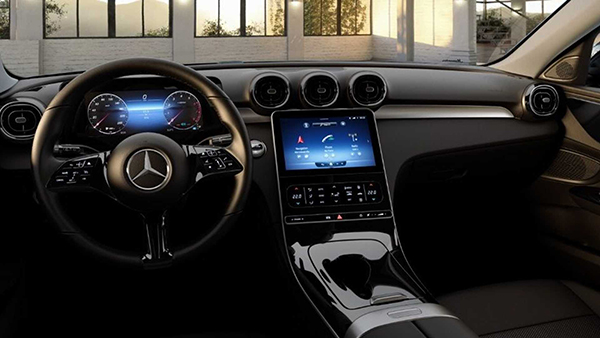 The W206 has finally been loaded into the Mercedes-Benz Deutschland online configurator, showing the “spartan” C180 in all of its glory. As expected, the interior has one feature we absolutely adore – separate controls for the climate settings. That’s because the MBUX infotainment drops in size from the optional 11.9-inch diagonal to 9.5 inches, so there’s not enough screen real estate to incorporate the HVAC controls. 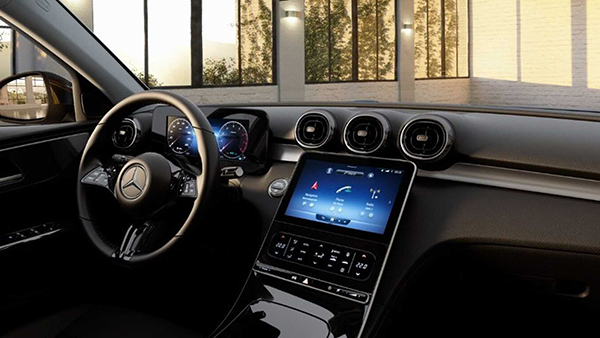 Some will see this as a downgrade due to the smaller display, but we think having quick access to the functions you’re probably going to use the most is more important. In addition, old-fashioned folks like yours truly prefer the center console design of the base model since it has a less screen-centric design. If only Mercedes and other automakers would still offer this sort of layout for people who don’t want their dashboard to be an amalgam of screens. 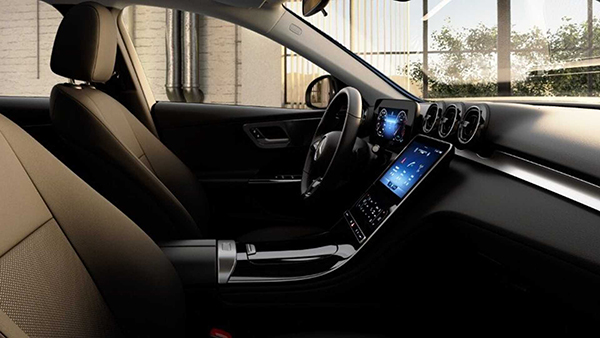 Not everything is perfect, though. There is a downsize to the base 2022 C-Class as you’re stuck with the smaller driver’s display. We don’t have an issue with the screen itself, which by the way measures 10.25 inches instead of the optional 12.3 inches, but those huge bezels are an eyesore. The thick frame reminds us of low-cost smartphones and tablets from several years ago and they don’t live up to the prestige of a brand-new Mercedes, even if we’re dealing with an entry-level C.

As a final note, it was only yesterday when the three-pointed star showed the base EQS without the Hyperscreen, thus eschewing the front passenger-side display while replacing the 17.7-inch touchscreen with the S-Class’ 12.8-inch OLED setup. Suffice it to say, we like that arrangement more, although we’re fairly certain most people will go for the screen-heavy dashboard since it’s exclusive to the EQS.