We’ve known for a while the next Mercedes-AMG C63 would be getting a hybrid powertrain, but seeing these yellow stickers still comes as a bit of a shock (get it?) On the same day BMW M teased the first-ever M3 Touring, our spies got up close and personal with its long-roof rival from Affalterbach. The camouflaged prototype was left unsupervised while the test drivers were on a lunch break, prompting car paparazzi to immortalize the speedy wagon. 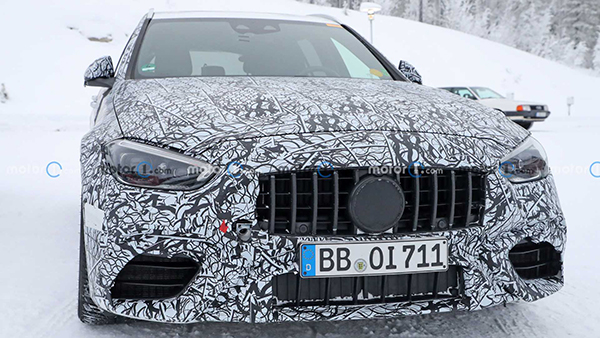 Aside from the “Hybrid” stickers on the top corner of the windshield and on the upper section of the center console, the high-performance estate had all the C63 ingredients. We’re talking about a quad exhaust system, massive brakes, and a stiffer suspension setup. The front air intakes are likely bigger than what Mercedes is willing to show for the time being, while the Panamericana grille accentuates it is flagship C-Class. 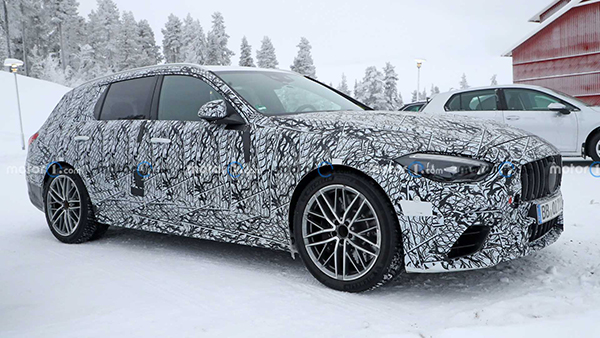 Mercedes didn’t bother to camouflage the interior where we can see the red kill switch in case something goes terribly wrong and the test driver has to deactivate all the electrical bits. Interestingly, the airbag on the passenger side appears to be missing, while that extra screen and laptop holder are typical prototype-only devices. 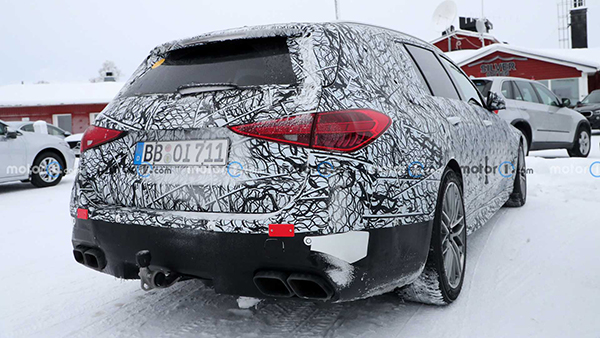 Losing the big V8 while gaining all-wheel drive, the next Mercedes-AMG C63 will use the M139 engine as the “45” models. We’re talking about a turbocharged 2.0-liter gasoline engine, but it won’t be the same unit installed in the smallest AMG models. That’s because it will feature an electric turbocharger set to increase the output of the combustion engine alone to 442 horsepower (330 kilowatts). In addition, the engine will be mounted longitudinally rather than in a transverse configuration. Fun fact – the e-turbo will be sourced from the mighty AMG One hypercar. 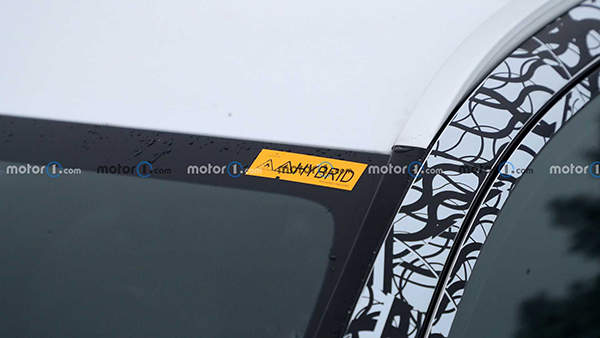 Expect over 500 hp at all times and an excess of 600 hp when the electric motor driving the rear wheels will unlock its full potential. Dropping the V8 is going to shave off some weight, but the diet will be negated by the added hybrid-related hardware, so don’t go into thinking the new C63 will be any lighter than the outgoing model. In fact, our money is on a heavier car. 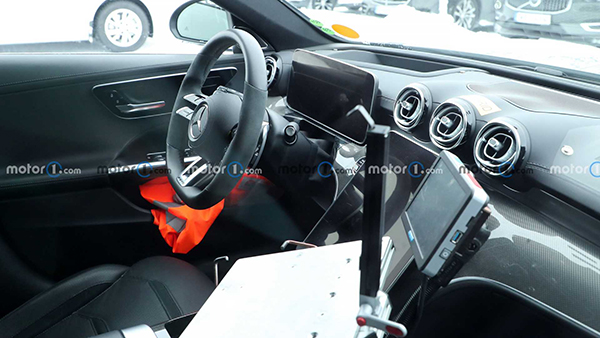 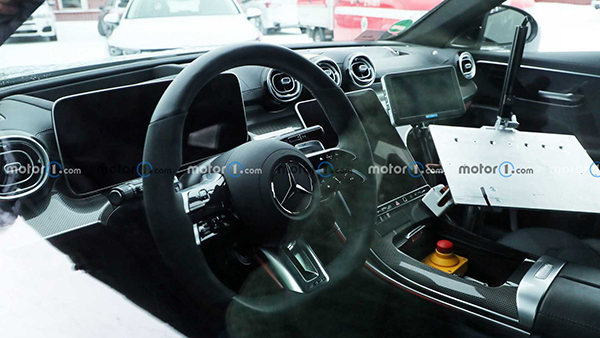 The sedan and wagon will be out first before the end of the year, with the less practical body styles likely earmarked for a 2023 release.