A young driver’s been charged with dangerous driving after his high performance sports car burst into flames on a street in Chester Hill last weekend. He suggested a mechanical problem, but social media tells a different story with police saying the problem is with his right foot.

Even though some might attempt to condone such behavior because it usually takes place at very low speeds, performing burnouts on public roads with lots of people in attendance can easily lead to disaster including injuries or worse.

Thus, we’re promoting this as another classic example of why such attempts need to be carried on a closed course… and only after the driver knows what he’s doing to begin with. As is mostly the case with such epic fails (look, Mustang owners aren’t the only ones doing such foolish things), all stars aligned neatly for the heated outcome. 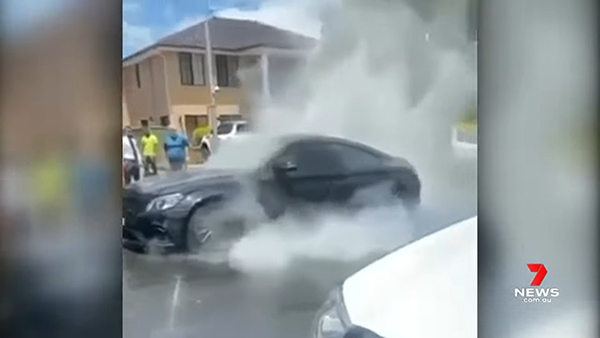 According to a report coming from local Australian outlet 7news, a happy wedding celebration turned into a fiery disaster after one of the attendees and his social media-craving friends decided to put on a show.

They only managed to make a proper fool of themselves, especially the driver who clearly didn’t know what he was doing when trying to perform a burnout without even turning off the car’s electronic safeguards. That’s obvious from the footage – he’s clearly heard asking “how do you turn it off?” before continuing to attempt (and fail) a series of burnouts. 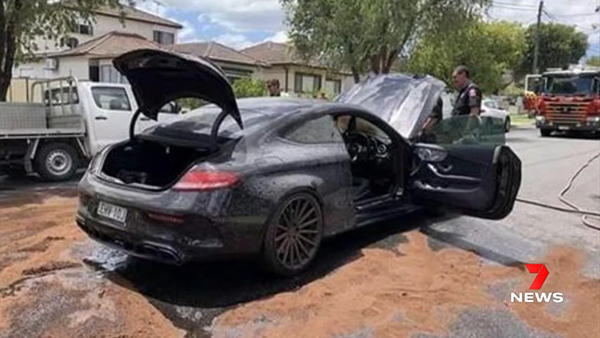 Possibly because of the heavy acceleration, the Mercedes soon caught fire. Then, even though emergency responders were quick to arrive, the high-performance AMG (apparently a C63 S) still burned to a crisp. Cue the dangling bits from inside, which are not the latest model of masks hanging from the interior rearview mirror.

If trying to perform a burnout and ending up with the car as a write-off is not enough shaming, the young driver allegedly tried to fool the authorities into thinking the Mercedes-AMG had a mechanical problem, possibly related to an official recall.

He must have forgotten about the power of social media – and the fact that shared footage by the eyewitnesses can turn into police evidence. The law enforcement workers didn’t, and once they uncovered the videos (including the one from inside the car), they quickly went on to both publicly condemn the behavior and issue the appropriate charges.