Formula One has just received its first ever red Safety Car. The debut of the red Mercedes-AMG GT R takes place today at the Tuscan Grand Prix and it is a tribute to Ferrari. La Scuderia starts in its 1,000th race. 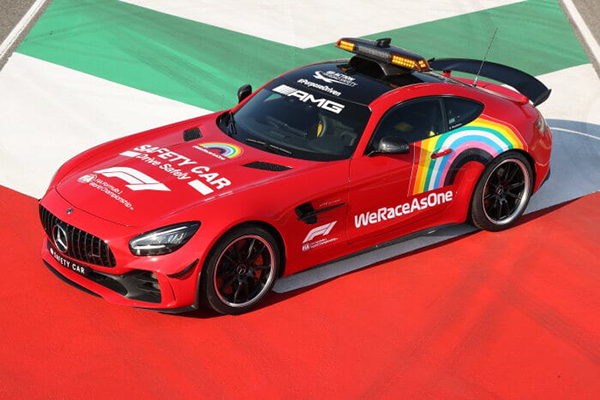 The car that always leads the way and gives the pace to the world’s fastest drivers has just turned red. No, not with fury, nor has it blushed. The Mercedes-AMG GT R Safety Car pays tribute to the legendary Ferrari squad that has just reached the major milestone. 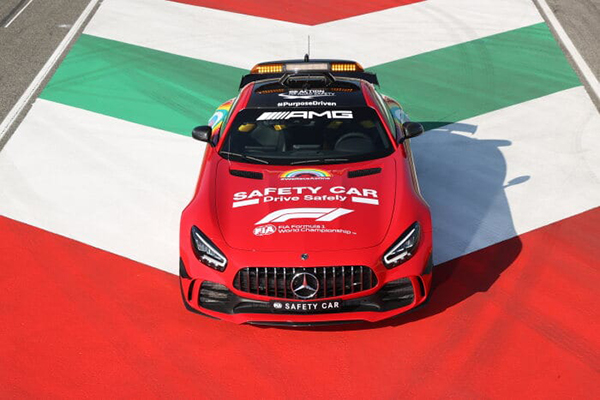 The Official Safety Car only wears the bright red livery this weekend in Mugello. Everything else though remains unchanged. 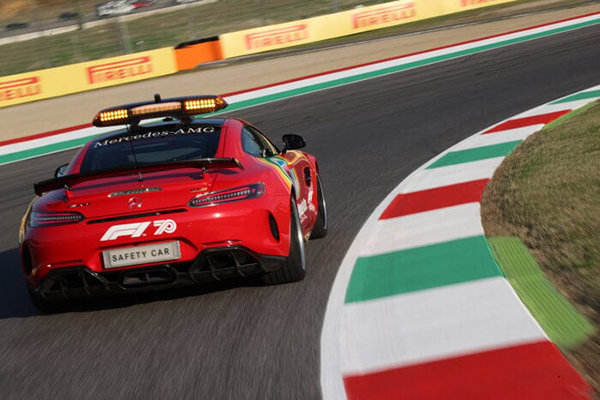 The Mercedes-AMG GT R comes with the 4.0-liter V8 twin turbo engine that makes the car accelerate from a standstill to 100 km/h in just 3,6 seconds. It reaches a top speed of 318 km/h. It is thus the fastest and most powerful safety car that ever lapped the Formula One circuits.

As always, pro driver Bernd Maylander is behind the steering wheel of the supercar. 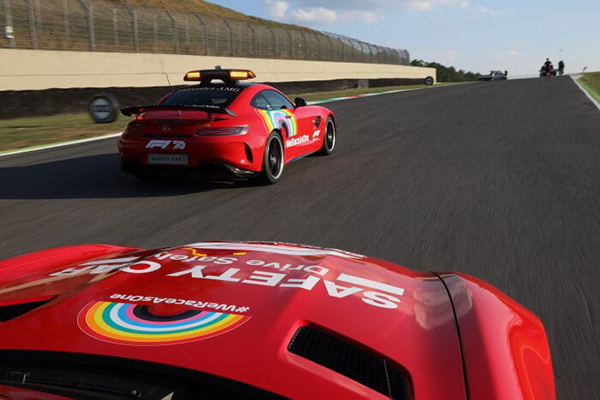 It is also a celebration for Mercedes-AMG in Formula One. The safety car is celebrating its 25-year anniversary in the competition in this position. 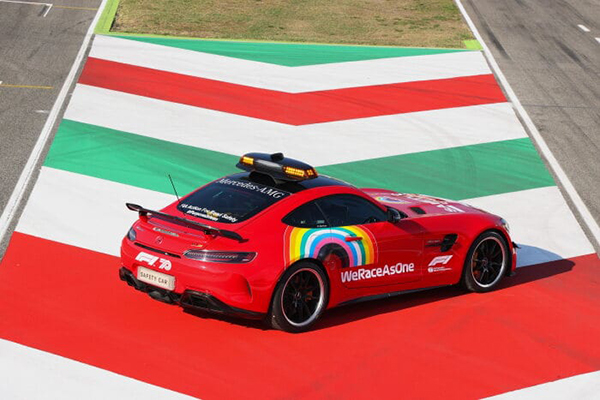 “The Tuscan Grand Prix will also be the 1000th F1 race for Ferrari, marking the long racing tradition of this great Italian brand,” said Toto Wolff, CEO and Team Principal of the Mercedes-AMG Petronas F1 Team. “We will honour this achievement with a Mercedes-AMG Safety Car in Ferrari red – our nod to a racing history that brought us some of the greatest moments in Formula One.” 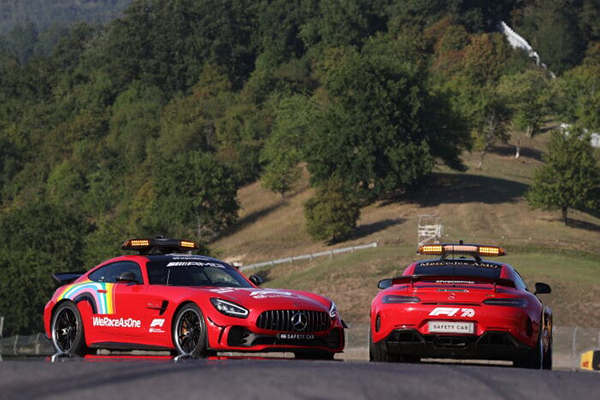 Tough moment for Ferrari in Formula One
It will be a bitter celebration though, as it is not the greatest of moments for Ferrari in Formula One, as the drivers and the racing cars have been struggling all season. Charles Leclerc is 7th in the general ranking, while Sebastian Vettel, who has already announced its departure from La Scuderia, has to settle for the 13th spot.

The team is in the 6th place in the Constructors’ ranking led by Mercedes-AMG.