This is the Mercedes-AMG Project ONE. Meet the highly anticipated hypercar that brings Formula 1 hybrid technology and power to the street. It’s the first of its kind.

The Mercedes-AMG Project ONE defines new limits and raises the bar on high-performance. Let the technical data speak for itself: producing over 1,000 PS at a maximum speed of over 350 km/h, the performance hybrid offers an unrivaled driving experience that was once only available to race drivers. Are you ready for E PERFORMANCE?

Seven-time world champion Lewis Hamilton and the former head of Mercedes presented the Project ONE to the world in 2017, and since then, not a single unit has left the assembly line in Brackley. During this period, the Formula 1-inspired hybrid hypercar changed its name to Mercedes-AMG ONE, after which the automaker reverted to Project ONE. 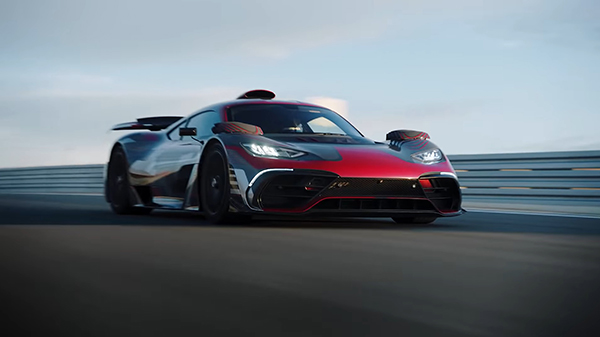 It’s been three and a half years since Mercedes-AMG unveiled the One hypercar as a concept, but we’re still as giddy as a schoolgirl as we were in September 2017 during the Frankfurt Motor Show. For good reason, the boys and girls from Affalterbach have hyped up the F1-engined machine on various occasions since then, and this latest preview video continues the lengthy teaser campaign.

A short-but-sweet clip shows the AMG One – presumably in final production form – wearing a sweet livery with red accents to signal the E Performance branding that will likely make its debut soon on the GT73e. It’s safe to say the three-pointed star is quite confident regarding the hypercar’s capabilities, calling it “unmeasured, unrivaled, unreal” while the hybrid powerhouse devours a race track.

In case you have forgotten, the AMG One uses an adaptation of the powertrain installed in Sir Lewis Hamilton’s F1 championship-winning Mercedes F1 W06 Hybrid race car from 2015. It’s a turbocharged 1.6-liter V6 with four electric motors delivering in excess of 1,000 horsepower. We still don’t have the final numbers, but some say the hybrid powertrain is good for over 1,200 hp. 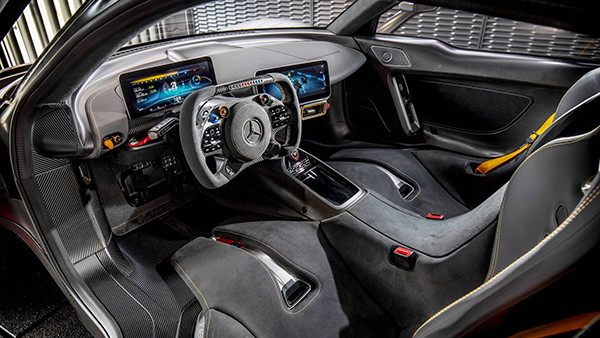 During the development phase, Mercedes ran into some issues as far as making the hypercar’s complex engine meet the more stringent WLTP regulations. The company had no other way but to delay deliveries, which will finally commence later this year. Only 275 units are going to be built at $2.7 million a pop, and all of them have been long sold.

Not that owners will actually drive them a lot given the model’s special and limited-run status, but the AMG One’s intricate engine will have to be rebuilt once every 50,000 kilometers (31,069 miles). We can’t fathom the costs of fully rebuilding such a complex yet fragile engine that has its origins in Formula 1. We’re hoping not all of these hypercars will end up as garage queens, and we’re also quite interested in finding out its Nürburgring lap time.

While Mercedes and AMG have been keeping us updated about the One, it’s been a while since we last heard anything about the V12 Cosworth-powered Aston Martin Valkyrie. Meanwhile, electric hypercars are about to hit the market, including the likes of the Lotus Evija, Pininfarina Battista, and the Rimac C_Two. Toyota is expecting to launch a road-going version of its LeMans hybrid racer, and there’s also Japan’s all-electric Aspark Owl.