Zion Williamson, a former no.1 overall pick out of Duke, is easily one of the NBA’s biggest stars. He is ‘must-see TV’ every night he steps on the court, leaving fans and spectators stunned with his massive frame and incredible athleticism. Think of him as a bigger, more athletic Charles Barkley, and you’re halfway there. 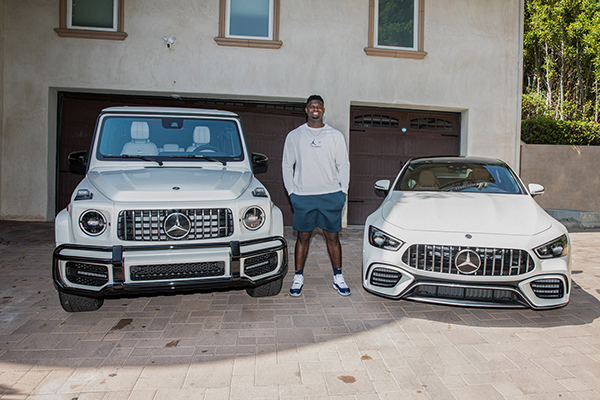 Naturally, you can’t be one of the top pro-athletes in the world and not have an expensive car collection, and since Mercedes and Zion have been collaborating for a while now, we shouldn’t be at all surprised to see him posing next to not one, but two Mercedes-AMG models, parked in his driveway. 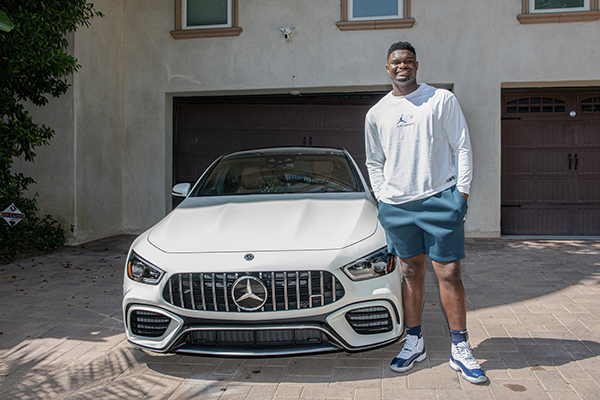 We’re not exactly sure how deep his collaboration with Mercedes goes, but the carmaker did tweet out the hashtag #MBAmbassador several times while referring to Zion, even though a partnership was never officially announced. Otherwise, we know him to have inked deals with Jordan Brand, Mountain Dew, Fanatics, and Panini, just to name a few. 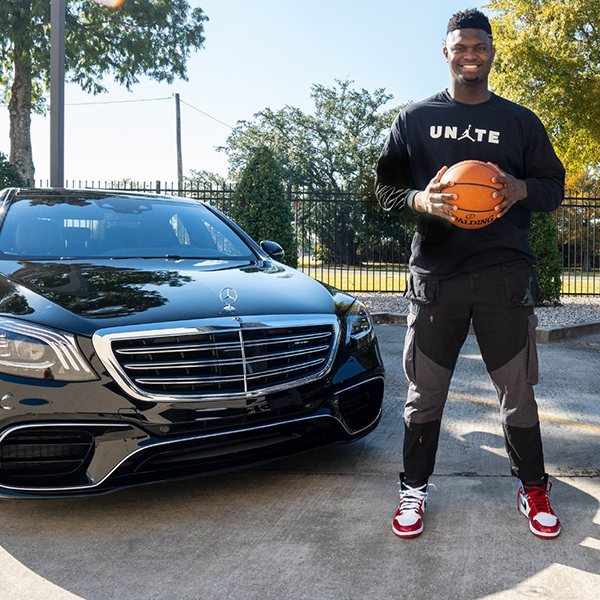 Back in February of 2020, during All-Star Weekend, Mercedes-Benz USA tweeted out that “the first overall pick deserves the best overall car,” with Zion posing next to, and behind the wheel of a Mercedes-AMG S 63 sedan. Whether or not that was actually his car or just a loaner, we don’t know.

We do, however, believe that he owns the two white Mercedes-AMG models pictured in the gallery, since during one post by Mercedes-Benz on Instagram, the carmaker tagged the Pelicans star in a text saying: “Powerful forces: Zion Williamson and his Mercedes-AMG G 63. Enjoy your ride, Zion.” 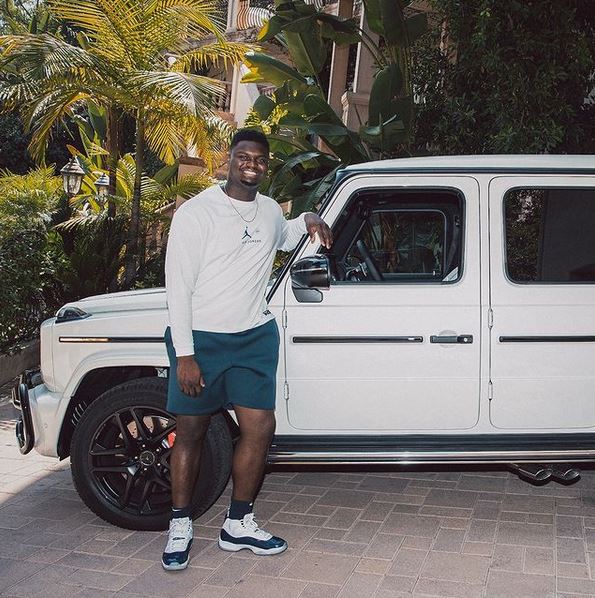