After many delays, and a hilarious comment by CEO Ola Kallenius, who jokingly said that they must have been “drunk” when they approved it, the Mercedes-AMG One has finally premiered. 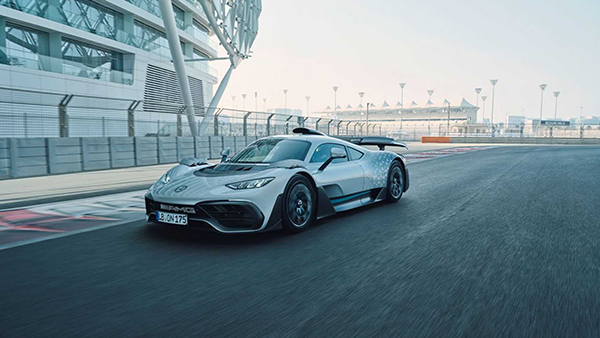 After years of delays caused by development hurdles, the AMG One finally debuted this week in all of its F1-powered glory. All 275 hypercar have long been sold out, but none of them will be roaming the streets of the United States. Why? Because the peeps from Affalterbach have decided not to tweak the hybrid V6 powertrain to meet local regulations. Doing so would’ve negatively impacted performance, and Mercedes didn’t want to demote the PHEV.

We’ll remind you the AMG One is powered by the turbocharged 1.6-liter gasoline mill working together with no fewer than four electric motors. It delivers a colossal 1,063 hp, with the combustion engine alone producing 574 hp at a screaming 9,000 rpm. These juicy numbers will be unattainable for one-percenters in the US, which have been informed about the first-world problem.

Our colleagues at Carscoops have managed to get a hold of the letter sent by Mercedes to prospective buyers from the US. You’ll find it attached in the press release section below. Here is a snippet from the letter:

“In order to preserve the unique character of its F1 powertrain, we have concluded that meeting U.S. road standards would significantly compromise its performance and its overall driving character.”

Of course, lest we forget about the show or display law, which is essentially an exemption allowing owners to drive the cars for a maximum of 2,500 miles (4,023 kilometers) per year. That means it’ll technically be possible to see one on the streets of the United States. With only 275 units being made, the AMG One will rarely be seen in Europe, its main market. Taking into account its fragile engine and the likelihood of the hypercar’s rising value, chances are many of them will sit in a climate-controlled garage.

While the United States isn’t getting (well, kind of) the AMG One, it was the other way around with the McLaren Sabre as the 824-hp beast was only sold in the US