Mercedes will present the second generation Mercedes-AMG GT on the new MSA platform, also used in the AMG SL, next winter. However, the first photo of the sports car leaked on the internet 11 months before the official presentation. 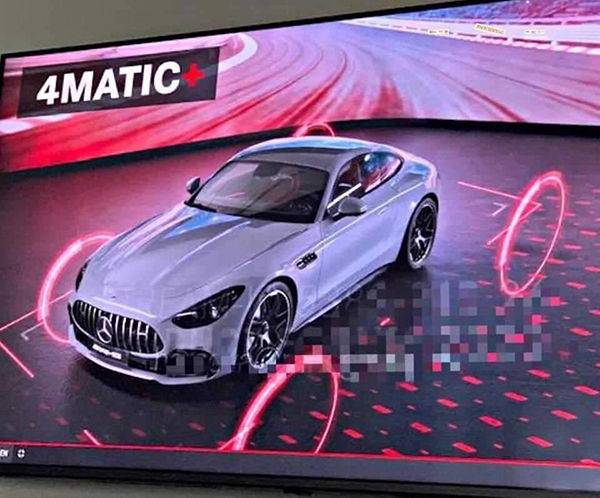 When Mercedes replaced the SLS AMG with the Mercedes-AMG GT, the Germans wanted to position themselves in a more affordable segment to compete with the Porsche 911. But direct competition with the 911 didn’t suit them. As a result, in its eight-year career, Mercedes sold only 22,513 units in Europe and 17,356 in the U.S. By comparison, direct rival Porsche 911 sold five times better in Europe and four times better in the U.S.

As production has ended, the AMG GT Coupe and Cabrio are no longer available to order.

The new generation Mercedes-AMG GT, codenamed C192, is developed entirely by AMG and has an aluminum space frame structure, as in the SL.

The new platform is no longer based on the transaxle system, with the engine located at the front and the gearbox at the rear. In the case of the MSA platform, the engine and gearbox are located at the front, creating space for standard all-wheel drive and active rear-wheel steering. Like the SL, the suspension is adaptive with steel springs and active anti-roll bars.

Two V8 versions will be available at the sales start: the Mercedes -AMG GT 55 with 476 hp and the AMG GT 63 with 585 hp. It is not known if the AMG GT will also get the 4-cylinder engine from the AMG-SL 43. We think not because Mercedes will position the coupe sportier than the SL roadster.

In this context, the base version may have inline 6-cylinder engines under the hood, but Mercedes didn’t give any details.

The first photo that leaked onto the internet is from an information brochure. You can see that the AMG SL inspires the design, the radiator grille is similar, but the shape of the headlights is slightly modified. Also behind the doors is a tiny glass window. The roof is curved and doesn’t slope too steeply toward the rear.