Twinned with the Mercedes-Benz E-Class and CLS four-door sedans, the Mercedes-AMG GT 4-Door Coupe five-door liftback will receive a well-deserved refresh for model year 2024. Spied in a parking lot in Germany, the facelift curiously lives up to its name thanks to lots of camo up front. 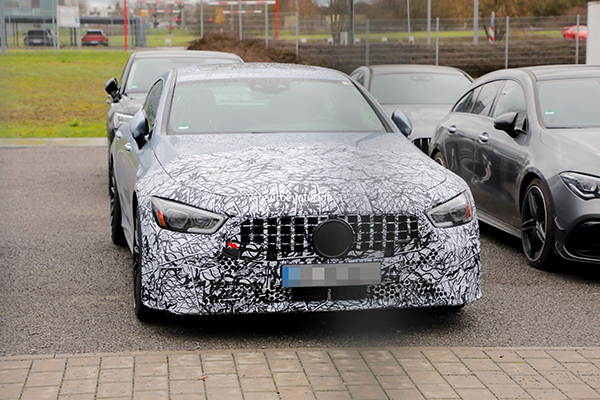 Pictured on Michelin rubber boots mounted on black-finished wheels, the newcomer flaunts more prominent vertical supports in the lower intake. We also notice a more pronounced front splitter. The egg crate panel on top of the grille most likely hides a revised grille. Mercedes-AMG vehicles feature the so-called Panamericana grille, which takes its name from the Carrera Panamericana. The 1952 edition saw the Panamericana-grilled W194 of Kling and Hans Klenk win despite a pretty nasty incident involving a vulture.

Building on the 2022 model year update, the 2024 refresh further boasts revised fender vents. The rear end wears only a little bit of camouflage, and we also notice a work-in-progress exhaust system with thermal wrap around the pipes. Two pipes, that is, not four as you would expect. 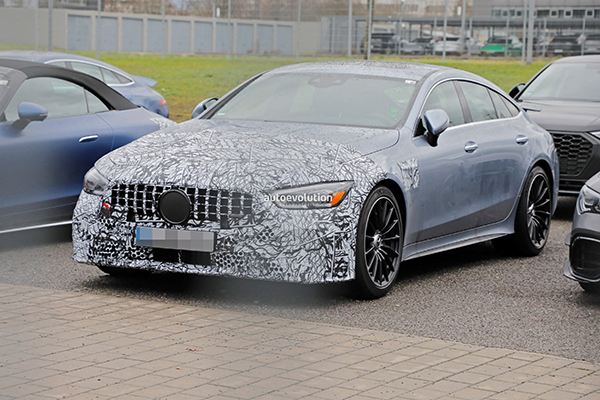 The prototype’s interior doesn’t appear to feature any camouflage at all, but chances are that a software update is in the offing. The MBUX (Mercedes-Benz User Experience) touchscreen infotainment system is often considered one of the best infotainments in the business, but given the neck-snapping rate of development in this particular field of the automotive industry, a software update seems likely. The rear end of the camouflaged prototype and that of the uncamouflaged prototype both feature charging port doors. On that note, it’s time to talk about oily bits.

The charging port is there for juicing up a 6.1-kWh battery that weighs 89 kilograms (196 pounds) in the 63 S E Performance, the range-topping variant of the GT 4-Door Coupe. The driving range in EV mode is absolutely pathetic, but then again, the mad professors in Affalterbach developed the 63 S E Performance for… well… performance rather than being boring. How much performance? How about 843 ps (831 horsepower) and 1,470 Nm (1,084 pound-feet) of twist? Seems plenty enough, alright! 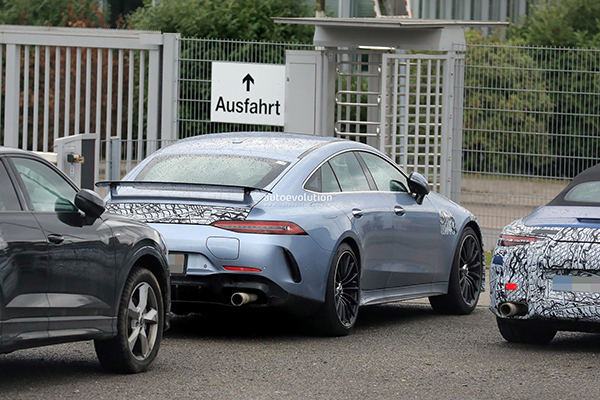 The beating heart of the 63 S E Performance is shared with the internal combustion-only 63 series, namely the M177 twin-turbo V8. Closely related to the dry-sump M178 in the now-discontinued GT Coupe and GT Roadster, the M177 uses a conventional wet sump. Lower still, the 53, 50, and 43 feature a turbocharged straight-six engine with different output levels. Regardless of powertrain choice, all GT4DCs come with AWD.