In November 2018, before Mercedes introduced the GT 4-Door Coupe to the U.S. market, a sled test showed that the center console lid had opened for a matter of milliseconds. The condition observed in this particular test goes against certain federal motor vehicle safety requirements, which prompted the Stuttgart-based automaker to investigate the root cause. 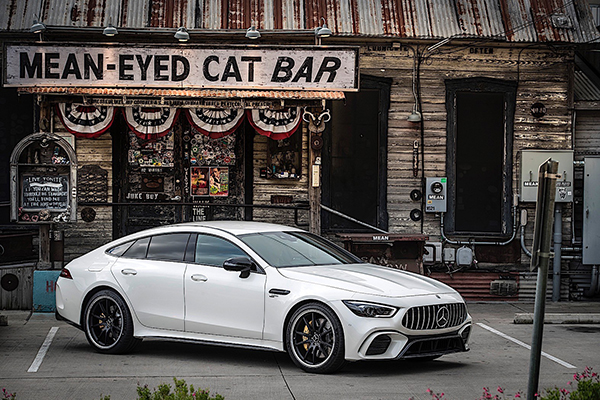 Mercedes ultimately observed that the crashlock mechanism didn’t meet production specifications, blaming the supplier for this deviation. Identified under part number A2906801903, the center console in question is manufactured by the peeps at Funk Dreidimensional in Germany.

Come December 2018, the supplier introduced an improved crashlock mechanism that doesn’t allow the lid from opening in the sled test. Vehicles that were still in Mercedes’ possession were reworked, and that was that. Or so the safety boffins thought. In July 2019, two months after the GT 4-Door Coupe was introduced to the U.S., a review of the rework documentation came to a rather obvious conclusion: certain vehicles had been released without getting the reworked crashlock mechanism.

Rather than recalling them on the spot, Mercedes pointlessly shuffled its feet, deciding to carry out additional investigation and analysis. It took the German automaker until October 2019 to determine that a noncompliance with federal motor vehicle safety standard number 201 couldn’t be ruled out. Mercedes had also petitioned the NHTSA after determining that the noncompliance was inconsequential with regard to safety because the lid would close again immediately (think milliseconds) after the crash.

“Petty” would be the best way to describe cheaping out on recalling 11 vehicles in total, split between an example of the six-cylinder 53 series and 10 examples of the V8-engined 63 series. Filed in November 2019, the inconsequentiality petition was denied in December 2022 by the federal watchdog. Indeed, ladies and gents; a federal agency funded by taxpayers’ money took three years to give a yes/no reply.

In accordance with the denial, Mercedes didn’t have a choice but to call back the aforementioned vehicles. These five-door liftbacks were produced for the 2019 model year between May 2018 and March 2019 as per documents filed with the National Highway Traffic Safety Administration. Mercedes isn’t aware of any claims or reports related to this concern.

Vehicles produced after March 5th, 2019 feature the reworked crashlock mechanism that prevents the lid from opening in the event of a crash. The remedy part, as in the entire front center console storage compartment, bears the same part number as the original design. Dealers will be informed of this recall on December 23rd. Customers will be informed by first-class mail before February 14th according to Mercedes-Benz USA.