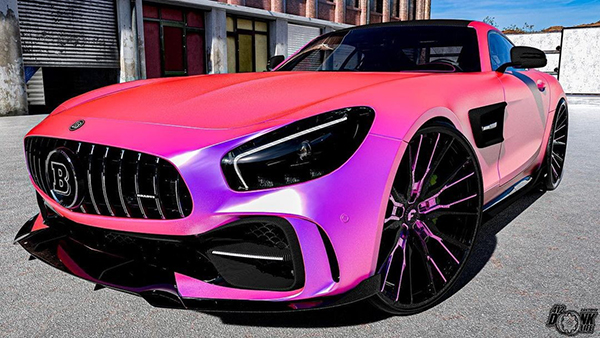 Even if it was born on the left side of the Atlantic Ocean, under the correct brand, namely Chevrolet, the Mercedes-AMG GT would still not have been a donk. That’s because the term only applies to the 1971 to 1976 Caprice and Impala, regardless of how big their wheels are.

With that off our chest, we have to tell you something else about this German sports car, and we’ll just cough it out: ahem-rendering. That’s right, you are looking at digital illustrations of the model, and they came via 412donklife on Instagram, the same social media channel that gave us numerous such virtual projects recently. 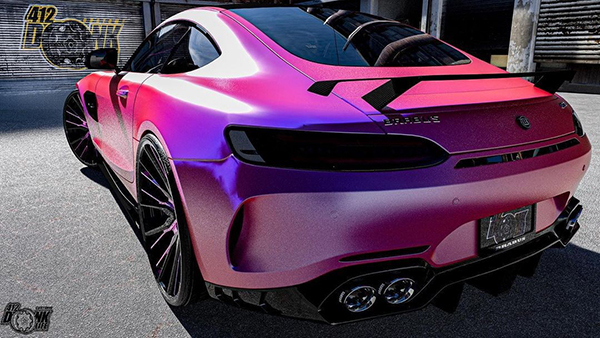 Looking pretty much like a Barbie sports car, the Mercedes-AMG GT R in question has a very shiny pink finish. The lively hue was applied to all body panels, and it is joined by black on the chin spoiler, side skirts, trim on the front fenders, mirror caps, rear wing, diffuser, and roof. Contributing to the enhanced look are the smoked head- and taillights, and the Panamericana grille with ‘Brabus’ logo replacing the three-pointed star emblem, because the add-ons were signed by the famous tuning company.

Several chrome accents are visible too, on the grille, on the trunk lid, and on the tailpipes. As for the icing on the cake, as far as this build is concerned anyway, it is that controversial wheel set. The alloys have a concave shape, a multi-spoke design, bi-tone color mixing black and pink, and they fill the arches just perfectly. Their diameter is the controversial part, because they are simply too big. How big is that? Your guess is as good as ours, and we think they might be about 28 inches or so, enough to ruin the comfort and turning radius of what is still a dream machine, even if it has aged. 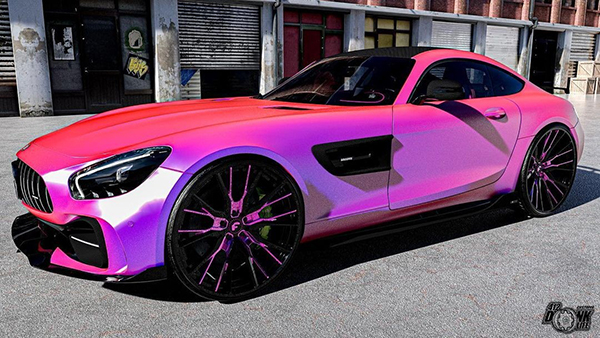 When it went on sale back in the first half of 2017 in the United States, with the first copies arriving at dealers that same summer, the Mercedes-AMG GT R used to start at $157,000.