Mercedes-AMG GT 63 and GT 63 S 4-Door Coupe have returned from their unanticipated hiatus sporting some aesthetic upgrades and revisions to their standard air suspensions. The V8-powered GTs now share a nose with the range-topping E-Performance hybrid model. 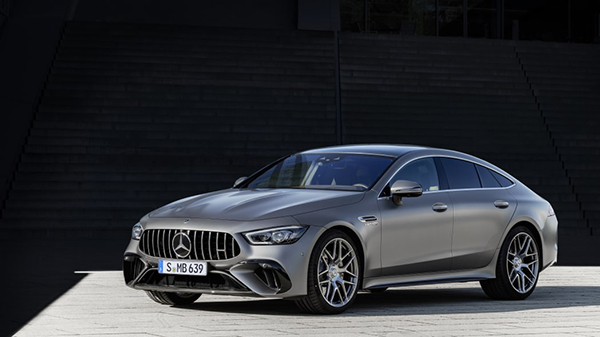 New wheel designs are being offered alongside a couple of additional colors, and some of the exterior packages have been updated. Most notably, the Night and Carbon Fiber packages can now be ordered on the same car. Inside, additional color combinations are available — including on the steering wheel — and additional trim choices (such as open-pore wood) are the main additions to the GT’s configurator. 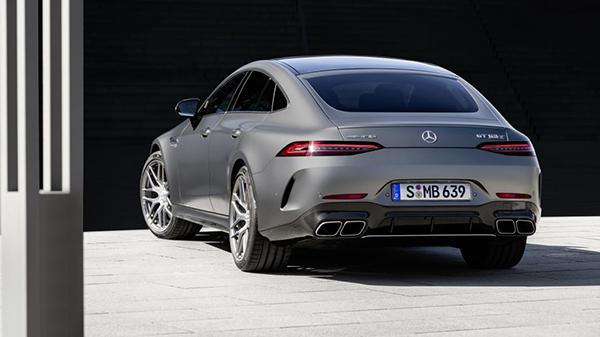 The updates aren’t strictly visual. AMG’s engineers added a second pressure limiting valve to the V8 model’s standard air suspension. One valve controls the rebound and the other controls the compression; in the previous design, both were controlled by a single valve. Called AMG Ride Control+, this technology also keeps body roll in check. 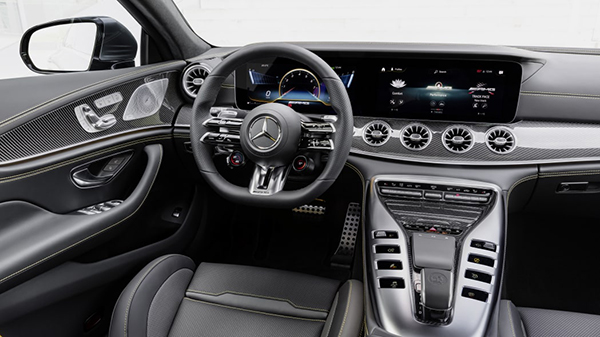 “This technology makes it possible to increase comfort on the one hand, but on the other also to make the driving dynamics even sportier. As a result, passengers are almost completely shielded from uneven road surfaces,” Mercedes said in its announcement. 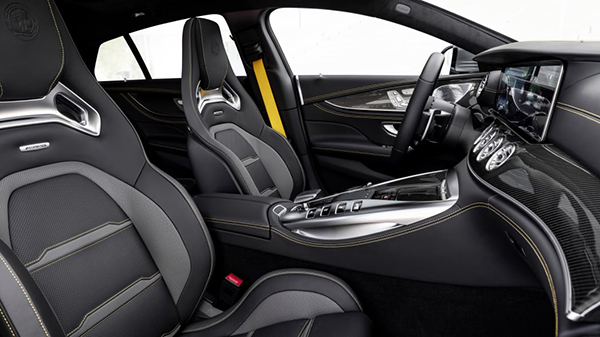 If this all sounds familiar, don’t worry, you’re not crazy. Mercedes actually announced the suspension upgrades last year alongside some updates to the six-cylinder GT. Since the V8 GT took a year off, we’re getting them for 2023 instead.