Thanks to the mesmerizingly artsy composition envisioned by Sacramento, California-based Diamond Autosport, it seems the fleeting seagulls also agree with our assessment. Which is only logical.

Surely, the Mercedes-AMG GT 63 S 4-door Coupe befits the description. Even if the real birds are safe and sound while up in the sky. Meanwhile, every other “don’t call it a sedan” rival – such as the Porsche Panamera or the BMW 8 Series Gran Coupe – has reason to tremble.

After all, we are dealing with a V8 supercar disguised as an elegant four-door coupe. Going by the lengthy name of Mercedes-AMG GT 63 S 4Matic+ 4-door Coupe, this land missile is equipped with comfy seats, Daimler’s in-house all-wheel drive, an AMG-massaged nine-speed dual-clutch automatic, and something feisty under the hood.

Which, as it happens, is the traditional 4.0-liter V8 engine that was coerced by the Affalterbach engineers to cram into its stable no less than 630 ponies. With their help, it’s entirely possible to use the mountain-moving 664 lb-ft (900 Nm) of torque and sprint to 62 mph in a mere 3.2 seconds. Then catch anyone not driving a hypercar via its 196 mph (315 kph) top speed.

With this kind of technical spec, it’s also best to look the part. And there’s no better way to stand out in a GT 63 S crowd than shine subtly, elegantly, and ready for anything. While some achieve that vision through all sorts of exaggerations, such as murdered-out looks, here’s an alternative. It’s offered by Forgiato as a shout-out to Diamond Autosport’s recent use of a black set of 24-inch forged wheels produced by the California-based aftermarket outlet. 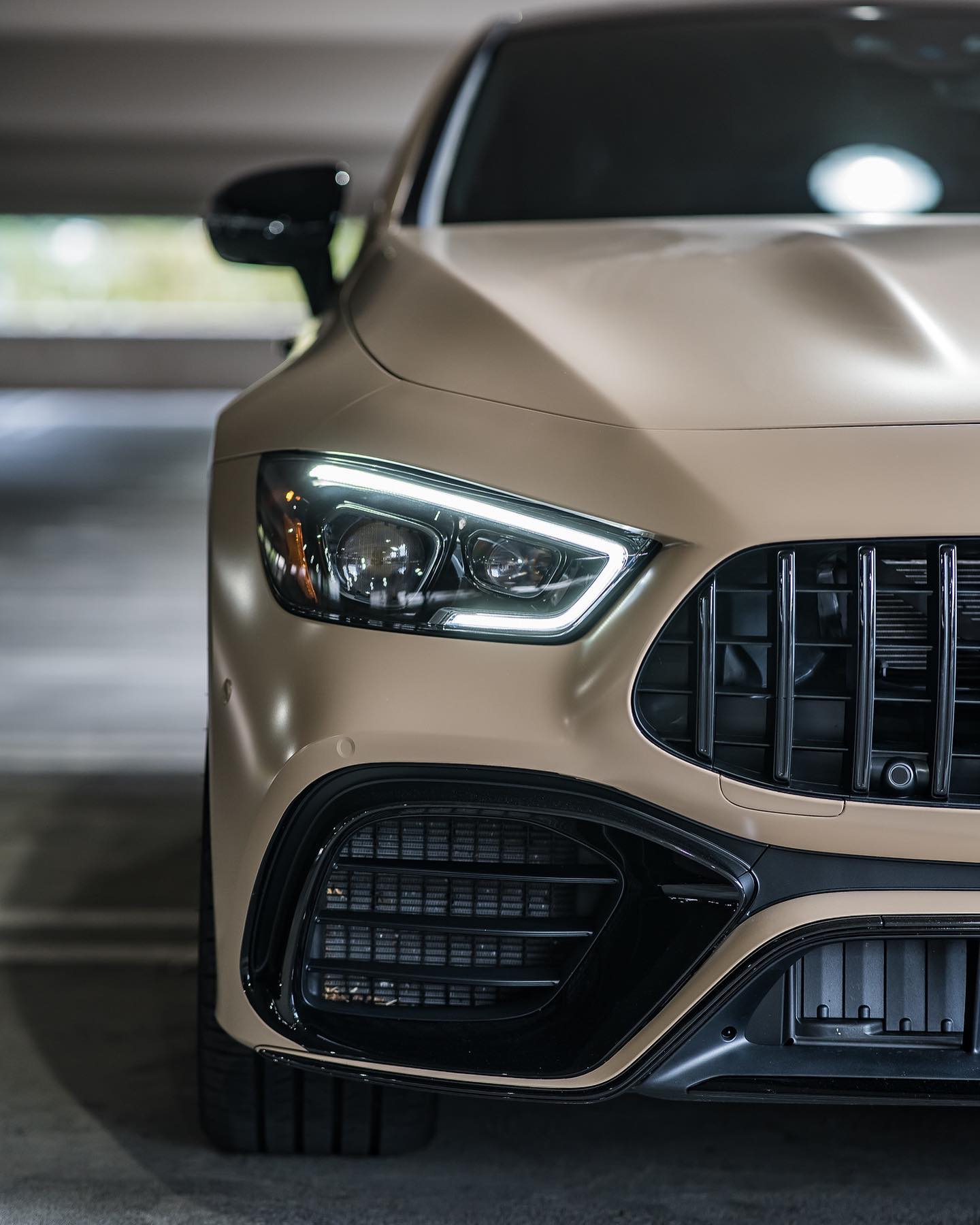 That’s not all, because their purpose is to provide the right amount of dark contrast against the cool Desert-themed Satin Dark Sand wrap. Now, after you’ve ogled enough at the cool artsy pics in the gallery, we hope we’ve opened enough of an appetite for Denis Villeneuve’s new Dune adaptation of Frank Herbert’s Sci-Fi masterpiece.

So, what are you waiting for, go watch it (again) on the biggest silver screen one can find and dare to imagine what these custom builds will look like in the year 10,191.