The latest 2023 Mercedes-AMG SL 63 might be the greatest version of the iconic SL nameplate since the W198 Gullwing. Since the AMG department developed it from the ground up, it feels more inline with its Sport-Leicht origins than any of its recent predecessors. Unfortunately, the latest SL comes with a rather strong caveat to its desirability… the price. Prices start at $137,400 for the SL 55 and jump up to $178,100 for the SL 63. That’s not out of step with the Porsche 911, but it’s far outside the realm of affordability for most shoppers.

But what if you want a Mercedes-Benz SL without spending six figures. Well, if you’re willing to step back a generation to the R231 model, you can score a pretty nice deal on one. In fact, the previous-generation Mercedes SL is now available for less than $25,000.

Why You Should Buy One
Let’s make one thing clear: the R231 SL is nowhere near as fun to drive as the all-new R232, which was developed alongside the AMG GT. That being said, it’s still a tremendous grand tourer with plenty to offer. The R231 was introduced for the 2013 model year in the US market, lasting until the 2020 model year. It received a mid-cycle refresh for the 2017 model year, introducing new engines, model name changes, and a new nine-speed transmission. 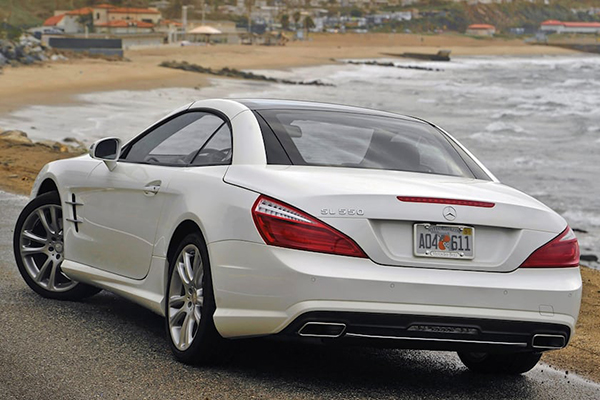 The Price
Since the SL offers such varying levels of performance, prices range widely depending on the specific model. An early SL 550 with over 100,000 miles can be found starting at around $25,000. Of course, buying a highly depreciated luxury car with this type of mileage can often be a recipe for pricey maintenance. If you’re willing to spend around $30-$35,000 on an SL 550 or SL 400, it’s possible to find one with around 60-70,000 miles on the odometer. Prices obviously go up from there based on mileage, condition, and age. 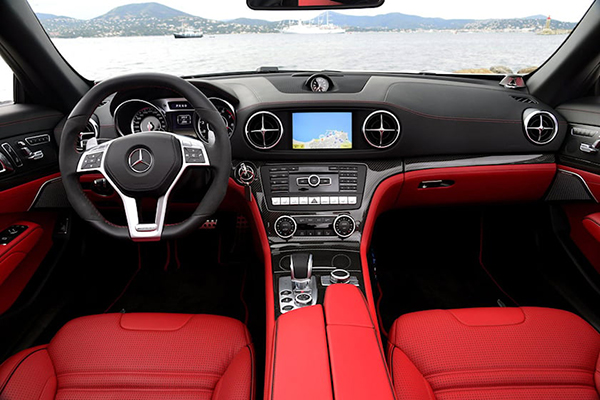 The Interior
Even the most recent example of the R231 SL will feel out of date next to a new Mercedes with its relatively tiny infotainment screen, old school gauges, and array of physical buttons on the dash. That being said, this is still a top-notch cabin with expensive materials and soft-touch surfaces. The technology may be dated, but buyers who are overwhelmed by all the screens in modern cars may find this generation of SL quite refreshing.

Unlike the current AMG SL, the R231 was strictly a two-seater, so there’s no squeezing the kids in the back for a morning school run. The trunk is also pretty limited thanks to the hard-top roof design, which takes up a significant amount of space. In terms of practicality, the SL is best used as a second vehicle.

Verdict
The R231 Mercedes-Benz SL was not our favorite luxury convertible when it was new, nor was it our favorite SL generation in recent memory. In fact, we’d go so far to say that this was the worst-looking SL Mercedes ever built. But that doesn’t change the fact that prices are now criminally low for a car that bundles outstanding luxury and performance into one vehicle. The styling may not be as cohesive as other SL generations, but considering you can get one for less than the price of a loaded Mazda Miata, we’d be willing to overlook it.