NFL star-turned-rapper Antonio Brown is enjoying his wealth in numerous ways after leaving the Buccaneers. He jets off from one place to another in private planes, wears expensive clothes, and buys more cars than ever. The latest one? A 1985 Mercedes-Benz, which he got for his birthday. 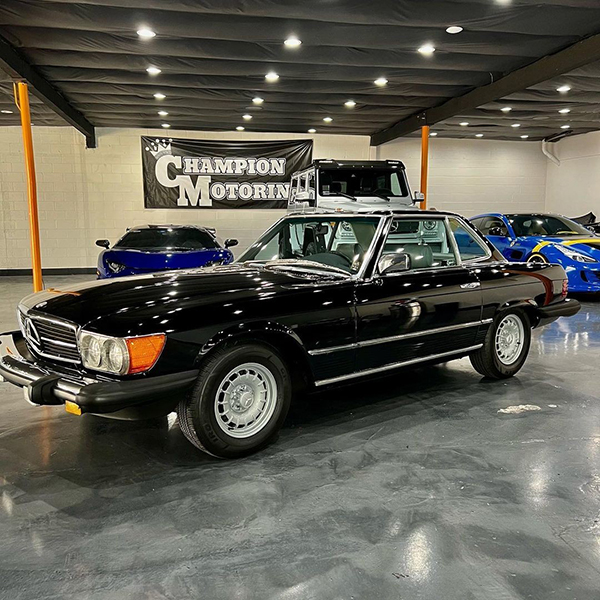 At the beginning of the year, the Buccaneers announced that they were terminating Antonio Brown’s contract. But the star, who is currently a free agent, didn’t dwell on that. He started figuring out what his other talents were, started hanging out with other famous singers, and became a rapper.

His first single was “Pit Not the Palace,” with his first album, Paradigm, released in the spring of 2022. The artist has an estimated net worth of $20 million, which he uses to enjoy a very comfortable lifestyle. One of his other passions includes expensive cars, and he has several, from Rolls-Royce to McLaren or Lamborghini.

As he celebrated his 34th birthday on July 10, Brown has just treated himself to a classic: an R107-series 1985 Mercedes-Benz 380 SL. We previously covered this two-door convertible not too long ago when Champion Motoring, a famous dealership from San Diego, California, posted it for sale.

But it wasn’t available for long, because, merely days after, the official Instagram account of the dealership added its new owner, Antonio Brown. The restored vehicle, which provides a lot of luxury and comfort, comes with a lot of black paint and chrome details on the outside, with a gray interior with timber details. Champion Motoring calls it a “one-of-one,” with “very low miles.”

The 1985 Mercedes-Benz won’t be the first classic in Brown’s garage, where he also has a 1962 Cadillac Sedan DeVille, also with a black exterior.

Antonio has previously collaborated with the famous dealership in the past, which is a top choice among celebrities and athletes. Not long ago, he splurged on a subtle, bespoke Rolls-Royce Cullinan with a gray exterior and black leather and accents of “BeeHive Yellow” on the inside.