Mercedes-Benz revamped the flagship SL-Class with the R230 iteration right at the turn of the century, but even two decades later, the timeless design remains as subtle and alluring as ever. That’s especially true when the styling is mixed with a designo exclusive paint finish and high-quality interior appointments, as well as the high-performance DNA of the AMG brand. 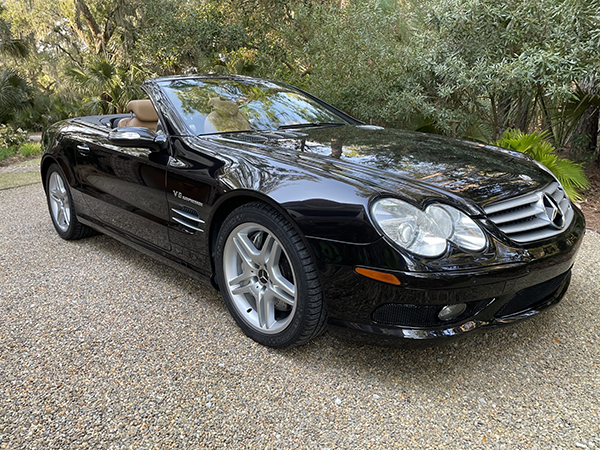 Before it underwent consecutive revisions back in 2006 and 2008, the SL 55 AMG was the go-to version for those wanting a little bit of flair from the big sports car. It came with a V8 and a supercharger instead of the hulking bi-turbo V12 engine seen under the hood of the SL 65 AMG, and it delivered the same amount of power as the V12-powered SL 600. Naturally, the 5.4-liter was seen as a better fit for the “base” AMG version, and it wasn’t easy to label the SL 55 “underpowered” when featuring 500 PS (493 hp). 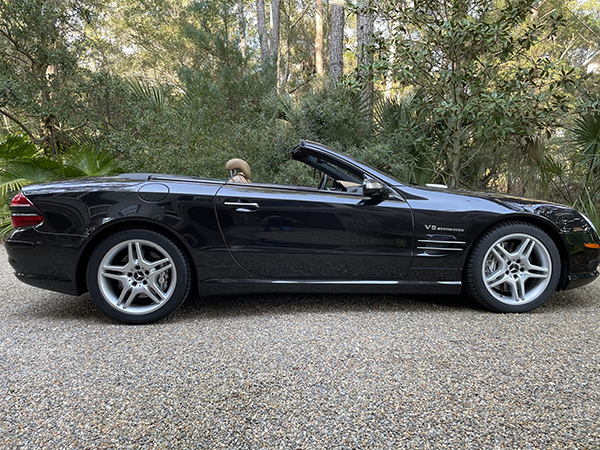 Of course, some might still mistake the SL 55 AMG for something a little more mundane, especially when laying eyes on this 43,000-mile (69,000-km) 2005 Mercedes-Benz SL 55 AMG Designo Espresso Edition example. It’s currently on consignment from seller “99MB” on Bring a Trailer for just a few more hours, so if a decidedly understated SL with low mileage is your thing, then better hurry with the buying decision. But first, let’s discuss some of its highlights.

First things first, the designo cues. We’re dealing here with a designo Mocha Black Metallic over a designo Sand leather interior that was first enjoyed in Massachusetts and Maryland before getting with the current owner and once again changing its home to a Johns Island, South Carolina residence. Now the R230 is looking for new adventures in the company of a different owner after the seller performed some needed repairs (paint correction is mentioned) and maintenance work. 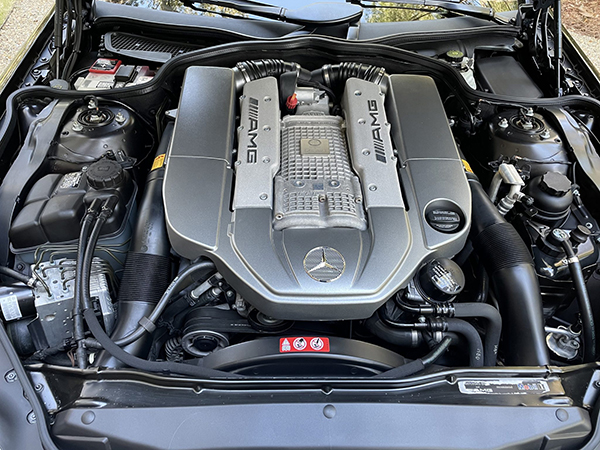 Arguably, this means the SL 55 AMG should be ready to go once someone decides to go above the current highest bid of just $27k. With just eight more hours (at the time of writing), this auction has the makings of a cool deal—unless it manages to fly under the radar because of the decidedly subtle yet thoroughly exclusive cues.