Mercedes F1 team principal and stakeholder Toto Wolff is one of the biggest names in motorsport, pulling all the strings for an outfit that’s won seven consecutive Constructors’ Championships. Wolff is also a former racing driver, so of course, he would own a Mercedes SL 65 AMG Black Series. The thing is, he’s ready to part with it, and we expect a major bidding war. 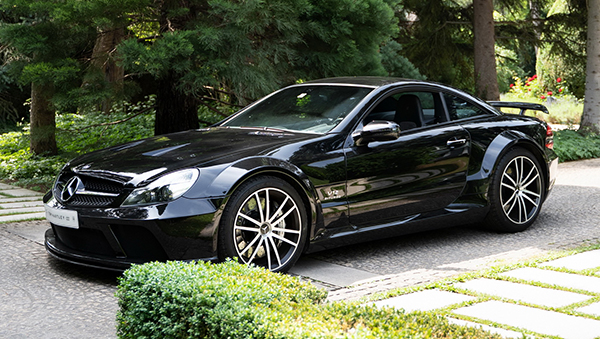 The car itself is an amazing piece of kit. Unveiled back in 2008, it featured larger turbochargers than the regular SL 65 AMG while also weighing less thanks to the use of light carbon fiber composite parts and the absence of a foldable hardtop roof. This, in turn, made room for the retractable rear spoiler, which, together with the wide body kit, gave the Black Series an extremely menacing appearance.

Here’s a fascinating fact: Toto Wolff was one of the original development drivers for the SL 65 Black Series back in 2008 when tests were still carried out on the Nürburgring Nordschleife. If you ask us, that makes this example, on sale in the UK through dealer Tom Hartley Jnr, even more special. It’s like if Elon Musk one day sold you his very own Model S Plaid.

Visually, we adore the Obsidian Black exterior with those 19-inch AMG alloys at the front and 20-inch ones at the rear. The car looks brand new, and it’s only done 3,204 miles (5,156 km), which in a way makes it more desirable than if it only had delivery miles. Alright, maybe that’s a stretch, but knowing someone like Toto Wolff really enjoyed driving this bonkers Benz is a reward onto itself for a true motorsport fan.

As for the interior, it has a lot of carbon fiber trim on the center console and door panels, with Nappa leather and Alcantara pretty much everywhere else. 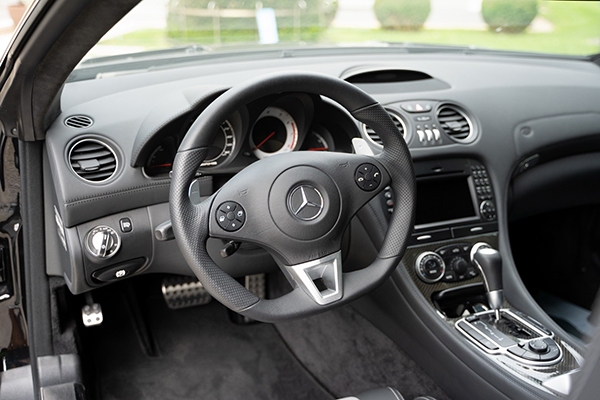 We’d love to see this car end up in the right hands, although maybe Wolff can see to it that Valtteri Bottas gets it as a farewell gift at the end of this season. What? Too harsh? Just a bit of cheeky foreshadowing. Sorry, Valtteri.