Nicknamed the “Warhol 300 SL,” this 1955 Mercedes-Benz 300 SL Gullwing is up for grabs at no reserve during Sotheby’s Sealed auction. The car has been confirmed as being the exact same vehicle that inspired the famous American artist Andy Warhol to turn Mercedes-Benz cars into art. It can now find a new home after Brabus’ specialists put in two years of meticulous work. 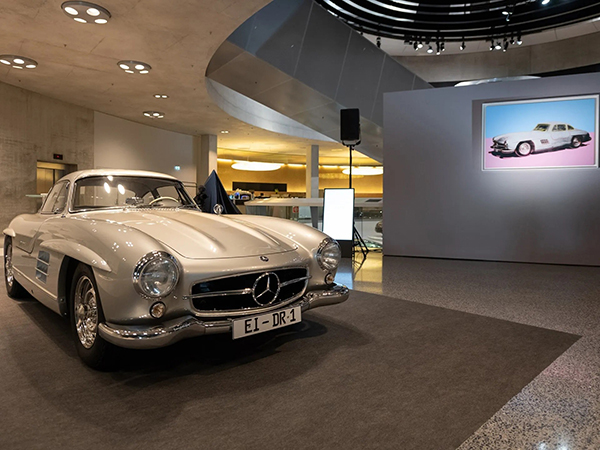 Many enthusiasts out there consider the Mercedes-Benz 300 SL Gullwing one of the most beautiful cars ever made. Some even give it the title of the world’s first supercar. However, one thing is for sure – there is no denying that this very rare vehicle is an absolute icon. It can easily entertain all kinds of people and grab a gasp, even from those that know next to nothing about automobiles.

Add Andy Warhol into the mix, and you get an even more impressive story. The whole aura is enhanced. But it gets even crazier! The Gullwing that is currently ready to bestow another garage with its exquisite looks and unbelievable significance has been confirmed by Mercedes-Benz and Brabus as the one that inspired the American pop-up icon and cult-figure Andy Warhol to reimagine cars as artworks. Yes, it is the one!

Brabus found the vehicle, acquired it, and, together with Mercedes-Benz, confirmed it has 198.040-5500629 as the vehicle identification number (VIN) and sports the license plate “EI – DR 1.” Moreover, all the parts were carefully inventoried, and both marques made sure everything fitted on the car matches the automaker’s records. 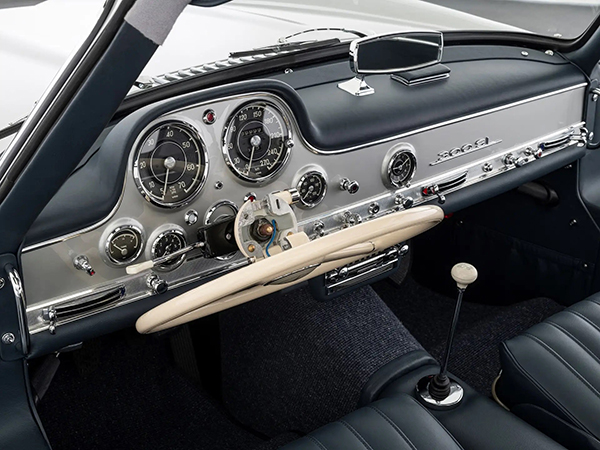 Brabus says two years and over 4,500 hours of manual work were needed to bring this iconic vehicle to its original state. The Mercedes-Benz model has also been graded by Germany’s classic car expert organization, and it received the highest mark possible. The brand also reveals that Warhol first saw the 300 SL in a book signed by Frank Oleski and fell in love with its bold appearance. Its dramatic shape and courageous overall identity helped the American artist develop a sense of giving cars another reason to live on as motorized artwork. Unfortunately, the Cars series was never finished in its entirety. Only 36 canvas paintings and 13 drawings were done out of the total of 80.

Andy Warhol never learned to drive, but he was fascinated by the work designers and engineers put into producing great automobiles. According to Sotheby’s, the artist considered cars to be symbols of freedom. But he was also a man of great taste. That may be why he briefly owned a 1974 Rolls Royce Silver Shadow.

The auction house estimates a final bid of $1.5 to $3 million, so make sure you are ready to go deep into the pockets if you plan on adding this one to your garage. The Sotheby’s Sealed takes place from November 10 until November 17.