Germany makes some fine luxury and sports cars. However, they are not on par with exotics from the United Kingdom or Italy. And, recently, not even with the C8 ones from the U.S. of A. 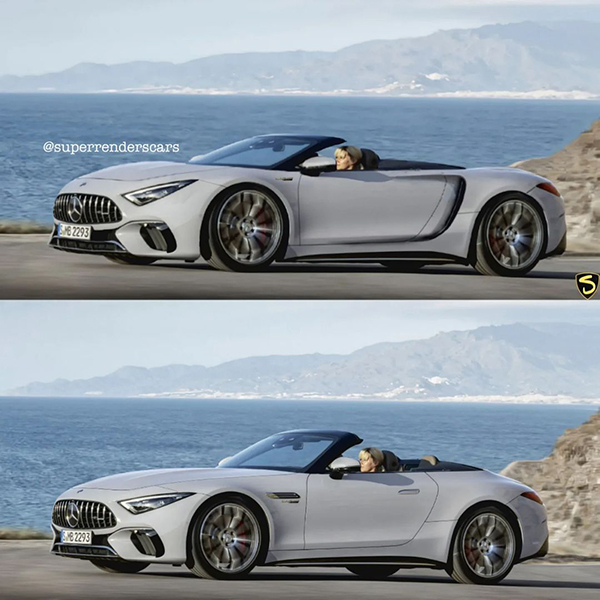 Over the past couple of years, America has managed to revolutionize the market for mid-engine sports cars. Probably, much in the same way as Mazda did with its nimble and affordable MX-5 Miata for roadsters during the early 1990s. Sure, keeping the proportions, since the C8 Corvette is much bigger and costlier. Not to mention more powerful.

But when compared to other mid-engine offerings, especially from Italy and Britain, there is no comparison term and the eighth-generation “America’s sports car” wins any bang-for-buck war without even thinking about it. Even better, GM has allowed Chevy to prepare the crazy, record-breaking FPC Corvette Z06.

So, do we need to wonder how come everyone is trying to find an answer to it? Including automotive virtual artists. One of the most prolific virtual mid-engine transformers around the web is the pixel master only known as superrenderscars on social media. And we have lots of examples, from boxer mid-engine Subaru BRZ conversions to quirky Maserati-AMG MC20 GT Black Series mashups.

Recently, the CGI expert decided to continue the strategy of appropriate German sports car mid-engine responses. Now, after the BMW M8 Competition that morphed into a Z06 fighter, there is more along the same line. This time from Mercedes-AMG, as the cool SL has the same mid-engine placement and very sleek looks.

And with this being just a case of mere wishful thinking, we are going to give it a hall pass. And discard the huge power difference between a Lambo Huracan Spyder (631 hp), the C8 Chevy Corvette Z06 (670 hp), or even a McLaren 765LT Spider (755 hp). If the AMG SL would ever have such a design, they would probably find a solution to close the pony gap as well.