With only two weeks away until the IAA Mobility 2021 in Munich kicks off, there have been rumors that the upcoming Mercedes-AMG SL will be added to the repertoire of autos making their world premiere at the event. Company insiders and reports claim that the car will either get four- or eight-cylinder engines for its trims. 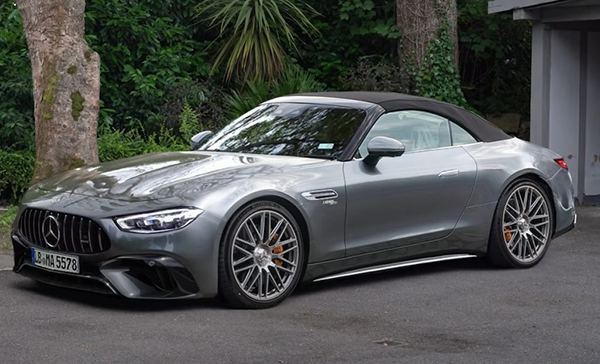 According to sources, there’s a likelihood that the new AMG SL 45 guise of the range will take an M139 2.0-liter four-cylinder engine partnered to a mild-hybrid set up with an electric turbocharger. Meanwhile, the top-of-the-line AMG SL 63 models will probably get V8 units with a mild-hybrid configuration. The latter should be able to dish out around 816 hp and 748 lb-ft of torque that goes to the convertible’s all-wheel-drive system.

Previously, stories circulated online said that Mercedes-Benz USA is experiencing supply chain issues for its V8 power units. The issue allegedly resulted in the decision of the company to suspend the production of vehicles bearing the mentioned engines. The automaker already made an announcement on the matter with its affected dealerships based on the reports. How such pronouncements will affect the performance of the new SL in the market and the consumer confidence in the product remains to be seen.

The Munich Auto Show starts on September 7. It comes as a replacement for the Frankfurt Auto Show. The other Mercedes branded vehicles expected to be making their debuts at that event are the EQE, AMG GLS, Maybach GLS Concept, and EQG concept.