Back in the days of classic Top Gear and slow internet connections, the Mercedes-Benz SL 63 was still this expensive German roadster that Brabus could turn into one of the fastest cars on the planet. However, it’s been years since somebody looked at it with admiration and AMG engineers have been tasked with changing all that. 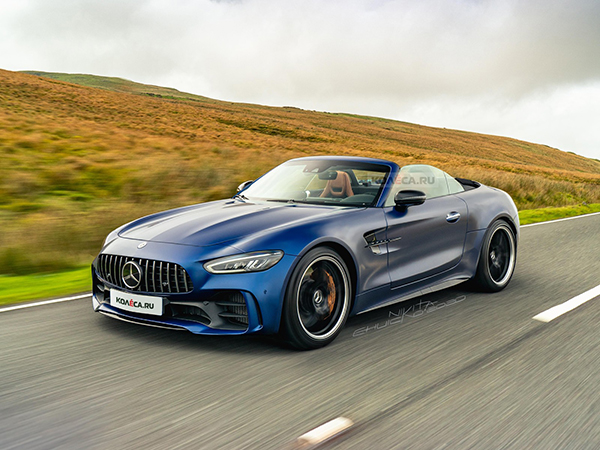 Mercedes has been very public about this project, revealing details about the platform and hinting at the powertrains. However, they still have to test under the veil of camouflage, partly because it makes the car more enticing.

But the Russians at Kolesa are having none of it. With their Photoshop skills, they tore off the camo and revealed their digital interpretation of the SL-Class. Not surprisingly, this looks a lot like a new version of the AMG GT C Roadster, partly because the rendering is based around that car, but also due to the two being related. 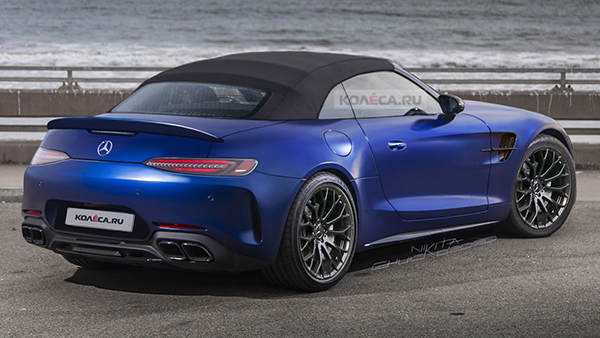 When the SL began testing, it was a chopped E63 sedan. However, it’s seen been revealed that both it and the next-gen AMG GT will be based on a new platform called the Modular Sports Architecture (MSA). This likely means we’ll see a kind of mid-engined layout with the V8 sitting further back than in the current SL 63 and the gearbox pushed to the back for weight distribution.

AMG is in charge of the entire project rather than the normal Mercedes team. And they seem to be focusing on just one model for the launch, which is the SL 63. We’ve seen the trademark quad exhaust tips and heard V8 rumble when prototypes took to the Nurburgring.

However, that doesn’t mean more “normal” versions won’t be available. Just like in the AMG GT 4-door, you’ll be able to buy a six-cylinder model, either the 43 or the 53. Either one will have the EQ Boost hybrid technology since Mercedes needs low emissions. Amusingly, the flagship AMG SL 73 could be even more frugal by matching a 200 horsepower electric motor to the V8. At least that’s what the rumors sometimes suggest, but we have difficulty picturing how they’ll stuff so much extra tech into a roadster.