The automotive aftermarket world has become so popular and professional that carmakers have stolen the ideas and made them their own. Especially the luxury brands, of course. 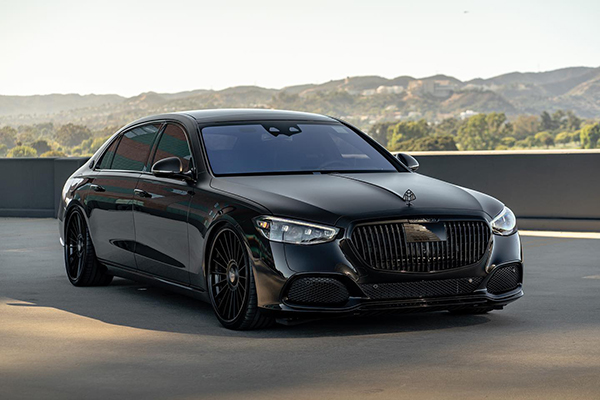 No posh Rolls-Royce is complete, as of late, without the Black Badge signature, for example. And that’s the great start of a posh, suicide-door ultra-luxury SUV journey. But if you want a little bit of super-SUV flair, then better prepare to pony up some additional greenbacks to secure your Lambo Urus with the Ad Personam touch. But what if you do not care for these ritzy high-riders and any of their rivals?

Then perhaps a traditional limousine would be more suited to your needs. Something like the W223 Mercedes-Benz S-Class, especially since one can easily upgrade the luxury sedan to Maybach status. Even better, including in the United States, Mercedes enables a world of “luxury custom car interior and exterior design.” And it seems that anything goes, from bespoke colors to unique upholstery choices. 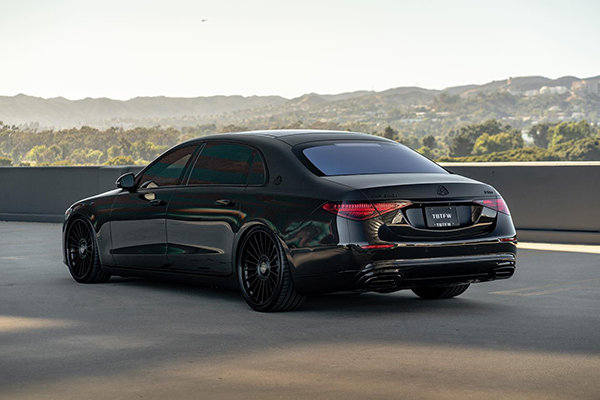 Well, not everything is covered by these programs, otherwise, there would not be a need to also bring them to your aftermarket outlet of choice for additional, posh fiddling. And so, we arrive at an interesting junction where automobiles are double or triple custom, first from the factory and then by way of additional aftermarket personalization and even some ritzy lowering on a new set of non-stock wheels.

One of the best examples in the business, at least as far as Kim Kardashian’s unique rides are concerned, would be the Los Angeles, California-based Platinum Motorsport Group. This venue prides itself on being a leader in the customization area for decades, and they also have ample experience with the W223 Mercedes-Benz S-Class. In fact, if we remember correctly, they are some of the first that jumped the gun in terms of murdered-out, all-black squeaky-clean transformations around a year ago. 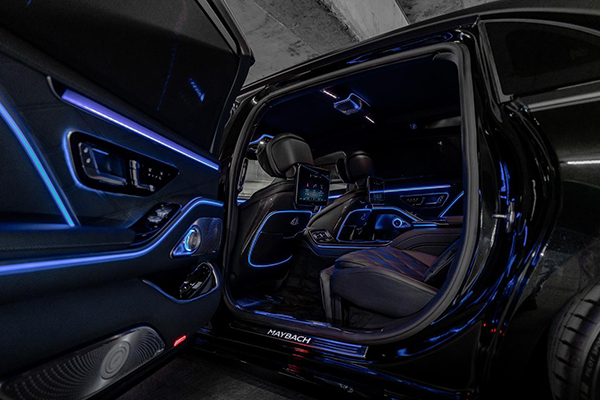 This is because while some people might argue that Mercedes is taking a boring approach regarding its latest S/E/C-Class introductions, one can only agree that a lowered Mercedes-Benz S 580 will look ominously elegant when riding on forged 22-inch wheels in all-black attire. Now, a year after that mystery moment, the murdered-out S-Class market has exploded.

Thus, what can anyone do to properly stand out in a crowd? For example, Platinum has used a lot of exposed carbon fiber aero and a Satin Black approach to try and reclaim its distinctive mark from murdered-out lookalikes. But there may be fears that some rivals could emulate the all-black atmosphere even better, especially when riding on stuff like full-face aftermarket wheels. 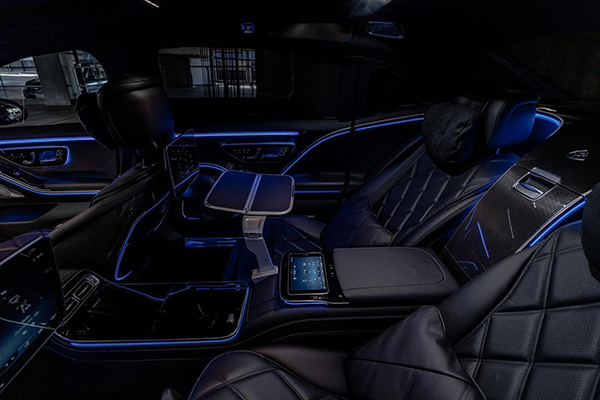 Anyway, now they have yet another idea. So, another dark and shadowy S 580 example has graced their social media reel. This time around, we are dealing with the pinnacle, a Mercedes-Maybach example that also bears the Manufaktur signature and it is all black, both inside and out. Not much in the way of additional details have been shared, though, so we have no idea if this example is up for grabs or was specifically created to indulge someone’s whims and desires.

By the way, just in case the murdered-out treatment has outlived its welcome, there are always some alternatives. For example, we recently noticed the Los Angeles, California-based forged wheel experts over at Forgiato Designs have decided to highlight a couple of white, pristine Bentleys. Sure, the Mulsanne riding on 26-inch Forgiatos might be a bit much for the limousine traditional. But luckily, they also seemed to strike the right chord with the following Flying Spur, which looked exactly right on a nice set of wire-style wheels!