“One of the most luxurious luxury cars in the world” is the way DeMuro describes the Mercedes-Maybach S580. After going on him with this thorough tour of its quirks and features, we can’t help but agree entirely. This is one slick sedan.

Unlike almost every review that Doug does, this one starts from the back seat, and boy is it a big one. Doug is 6’4, and he almost looks like a teenager in this super sedan.

Of course, he starts back there because the Maybach isn’t about driving. It’s about experiencing first-class airplane luxury on the road. 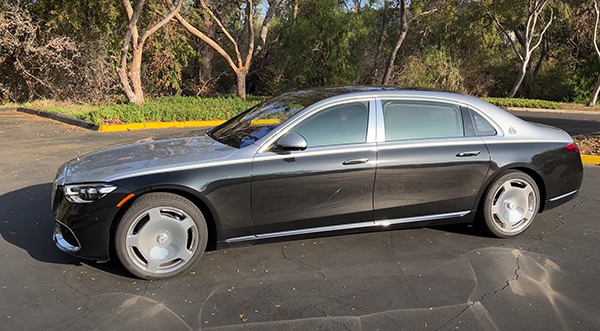 That experience includes fully-reclining rear seats. The front passenger seat can even be folded forward by the rear passenger to provide even more legroom. Then there’s the cupholder situation. There are four of them. Well, perhaps that’s misleading.

There are two cup holders and two champagne flute holders. The cup holders are heated or cooled depending on your preference. Did we mention the screens yet?

Each rear passenger has its own touchscreen. From those, they can control everything that the front occupants can. That includes the media, phone calls, and navigation. But reaching those displays might be a bit tough when they’re literally lying down in the Maybach. 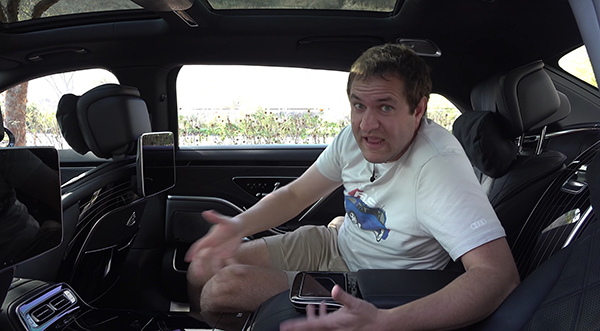 To solve that problem, there’s an ejectable handheld tablet that is integrated into the center console when not in use. It does all the same stuff the other screens do but allows you to do it while in the fetal position.

Of course, not everything special about the Maybach is in the back. In the front, you’ll find stunning black trim and a 3D gauge cluster. That’s right, the dials are actually 3D and look closer than the rest of the setup.

There’s so much in this review that we can’t possibly tell you about all of it. Have a look at the video below and tell us about your favorite feature!