YouTuber C.J.’s channel started because of his passion for cars. So, this is exactly the kind of content you’d expect from him. And, in the last few days, he revealed he bought a Mercedes-Benz S 580 and immediately rushed to fit it with new wheels from Forgiato.

C.J., whose brand on social media is cj_on_32s, is all about flashy, outrageous rides. He owns an orange Lamborghini Urus, a white and bronze Mercedes-AMG GT 63 S Four-Door Coupe, and a 2022 Rolls-Royce Ghost Black Badge, among others. What do all of these have in common? They all sport aftermarket wheels from Forgiato.

So, the YouTuber decided that he didn’t have enough cars, so he wanted a new one. He had to decide between a Bentley Flying Spur and a Mercedes-Benz S-Class. Since he wanted a “low key” car for when he was traveling to Dallas, Texas, he opted for the latter.

The vehicle in question is a 2021 model year and comes with a metallic black with a black leather upholstery interior. The odometer reads approximately 6,000 mi (9,656 km). 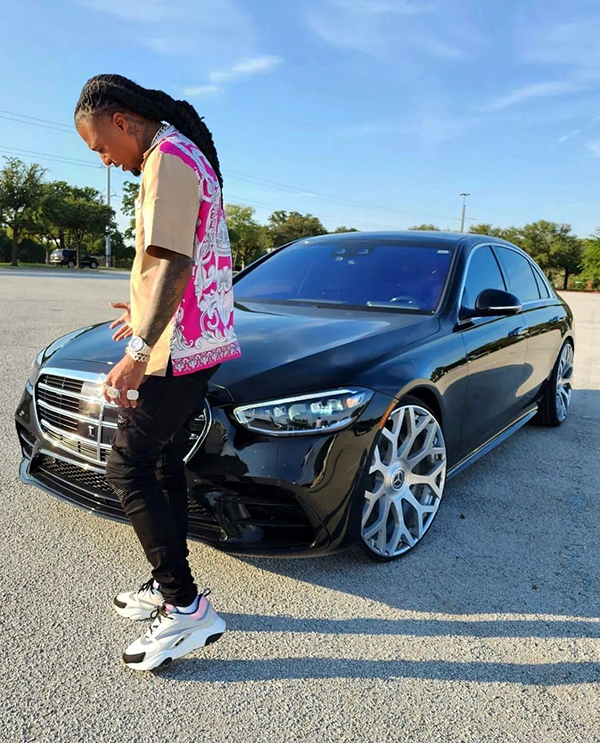 He couldn’t wait any longer and, immediately after taking delivery of it, he took it to Omars Wheels to get some aftermarket wheels. He went for 24-inch Forgiatos, but replaced the brand’s logo on the cap with the Mercedes-Benz one.

Currently, apart from the Maybach S 580, in the U.S, there are only the Mercedes-Benz S 500 and S 580, with the YouTuber opting for the latter. Under the hood of the S 580, the German premium car manufacturer put a 4.0-liter V8 bi-turbo engine with a mild-hybrid drive, delivering a total of 496 horsepower (503 ps) and a maximum torque of 516 lb-ft (700 Nm) to both axles via a nine-speed 9G-TRONIC automatic transmission and the 4MATIC four-wheel-drive system.